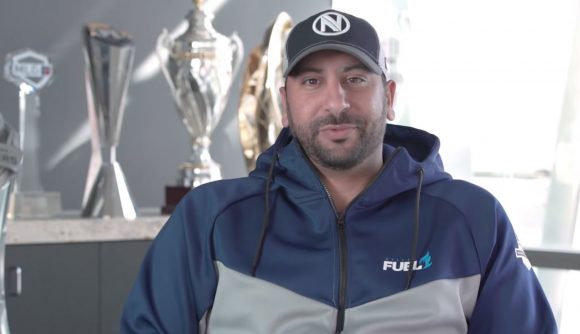 Mike 'hastr0' Rufail is stepping down as Team Envy's CEO, but don't worry, he's not going anywhere. The esports figure is being replaced by Adam Rymer, an industry veteran in the the film, digital media, and entertainment, so he can transition into his new role as chief gaming officer.

While the news has come as a shock, hastr0 has admitted that it was his decision to shake up the company and that his new position means he can get back to doing what he loves the most, while being able to dedicate more time to his family and friends.

“This was a decision made completely by me,” hastr0 says in the video, which you can watch below. “For the last ten years, I have had an incredible life helping to build our org and helping to better esports overall and build esports into a growing industry and entertainment medium that millions and millions of people around the world can really enjoy.”

Later on he goes on to say that while some of his hard work from the last couple of years won’t be heard or seen for a “little while”, he felt it was the right time to step down. “I felt like it was time, I needed to get back to my roots, so I created a new position for myself,” he says. “I’m not really going anywhere, I’m probably going to be seen more and I get to go back to doing what I used to do: being there for my teams, my players, and really being able to talk to you guys.

“So I’m extremely excited, it’s something I’m super happy about. I get to spend more time with my wife, my child, my family. It has been very difficult to balance life for the last decade, so now it’s going to be more relaxing.”

Some big news today.This was my decision. I'm very excited about the future of @Envy and how far we have come. I can't thank you all enough for over a decade of fantastic memories. Cheers to many more good years ahead. pic.twitter.com/23VPqNxfaq

While hastr0 is still one of the biggest shareholders of the organisation and will remain on its board, he’s handed the torch to Rymer who plans to expand Envy’s “core offerings in esports.”

“Gaming is the fastest-growing sport and most exciting area in all of media and entertainment right now,” Rymer says in the press release. “As a lifelong fan, harnessing that potential to drive forward an organization as highly regarded as Envy and working side-by-side with some of the top industry leaders is a huge honor, and a challenge I’m looking forward to taking on.”