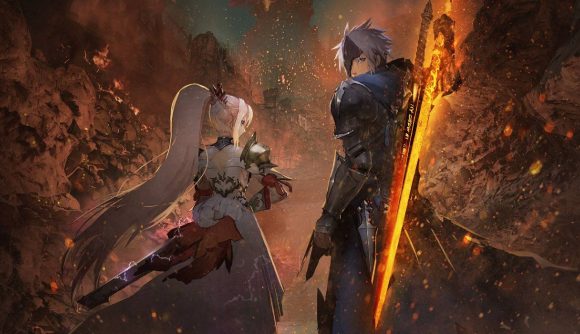 Tales of Arise releases this week on both next-gen and last-gen consoles and critics have been working their way through the sprawling JRPG. Developed by Bandai Namco, Tales of Arise is the latest in the beloved franchise and a revitalisation of sorts for the series, bringing it into the modern era.

Taking place in the medieval world of Dahna and the advanced world of Rena, a war is brewing between the two divided nations with the technological superiority of Rena causing them to hold power over Dahna. As a group of young protagonists, Alphen, a Dahnan native, and Shionne, a Renan native, end up travelling together, bridging the gap between the two groups.

Our sister site PCGamesN gave the game a 9 out of 10, calling it “one of the best JRPGs of the year.” PlayStation website PushSquare similarly loved the game, giving it a 9/10 in their review. Gamespot however, is a little less hot on it highlighting that combat can feel a tad overwhelming at times.

You can see some of the Tales of Arise reviews from a selection of critics below:

Tales of Arise is now available to pre-order on Xbox and PlayStation ahead of its launch on September 10, 2021. The game is currently sat at an 89 on Metacritic and an 88 on Open Critic.