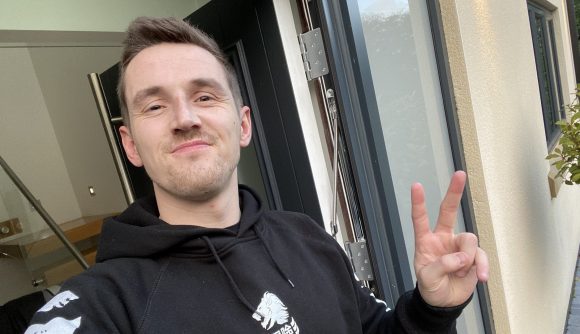 British YouTuber Tom ‘Syndicate’ Cassell is doing a spot of charity work by launching his own fundraiser called GameStars which will benefit Make A Wish. The nonprofit organisation works with seriously ill children and helps grant their wish such as meeting a celebrity hero or going on a family holiday.

Together with the charity, Syndicate has granted six wishes to children and young people who wanted to meet him. As reported by Esports News UK, the YouTuber spent yesterday playing video games with the wish teenagers in the Science and Industry Museum in Manchester during the launch of the new venture.

Among them was a teenager Syndicate met last year called Christian who has been diagnosed with Marfan Syndrome – a condition that affects his growth, heart and joints. Make a Wish believes playing games can help ill children as a necessary distraction, especially if they are confined to a hospital bed.

Make-A-Wish Chief Executive Jason Suckley doubles down on that belief: “For the young people we support, playing video games isn’t just a hobby, it can be a vital lifeline. It allows them to be themselves and stay connected with friends and family despite the confines of illness, hospital and treatment. It’s also a way of escaping the reality of life with a serious illness because, through gaming, seriously ill children and teenagers can experience a new identity where they are not ill and there are no limits to their abilities. More children than ever have turned to us in recent months, so we’re urging the whole gaming community to get behind us to help us to grant wishes by fundraising through GameStars.”

The GameStars initiative encourages the gaming community to raise money by streaming their games or playing together with friends in a tournament at home. In return, fundraisers will be entered into different prize draws.

The more a person raises by April 3 2020, the more draws they will be added to. Raising £100 will enter you into a giveaway for a free t-shirt whereas raising £1,000 or more will enter you into a prize-draw for an X-Men: Children of the Atom arcade machine which has signed by cast members of X-Men: Dark Phoenix.

Back in 2016, Syndicate was surrounded in controversy as it revealed he was the part-owner of Counter-Strike: Global Offensive skin gambling website CSGO Lotto. He was accused of faking wins for videos without disclosing his ownership.