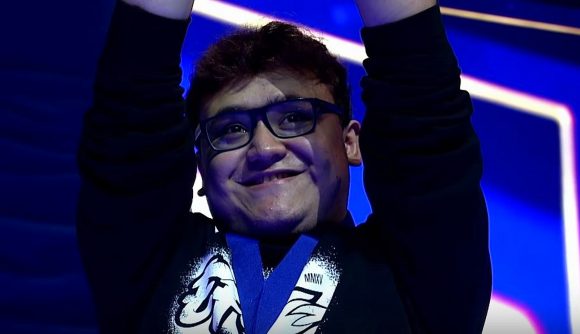 Fresh off the back of yet another title in Super Smash Bros. Ultimate at Frostbite 2020, the number one ranked player in the world Leonardo ‘MkLeo’ Lopez Perez has joined T1.

The organisation – which is most well-known for its dominant South Korean League of Legends team – has looked to expand its presence in Smash, with 19-year-old MkLeo joining Jason ‘ANTi’ Bates on the lineup. The young Mexican has been the most dominant Smash Ultimate player over the last year or so, finishing in the top two at every event he’s attended since May of last year. That includes wins at Evo 2019 and Super Smash Con.

Joker main MkLeo had previously been at Echo Fox but announced earlier this week that he was leaving the organisation. He was followed out the door a few days later by one of the fighting game community’s biggest names, Dominique ‘SonicFox’ McLean, who also teased that announcement is coming. Many are speculating T1 could also be the next destination for SonicFox.

It’s no Joke-r. T1 is officially welcoming @Mkleosb to our Smash roster!
We’re proud to strengthen our North American presence and continue our winning legacy with this superstar on our side! #T1WIN #T1Fighting pic.twitter.com/GdaZFPWXbs

Following T1’s announcement of its new Smash player, MkLeo took to Twitter to express his excitement at joining one of the esports world’s biggest names.

“I’m so excited to play and create content for T1. I will keep trying my best to keep pushing the Ultimate meta and get all those tourney wins. “Thank you so much for this opportunity. This is just the beginning of a lot of great things with my new family.”

Competing since he was only 15, MkLeo has earned over $215,000 in prize money across both Smash Ultimate and Smash Wii U, according to Esports Earnings.