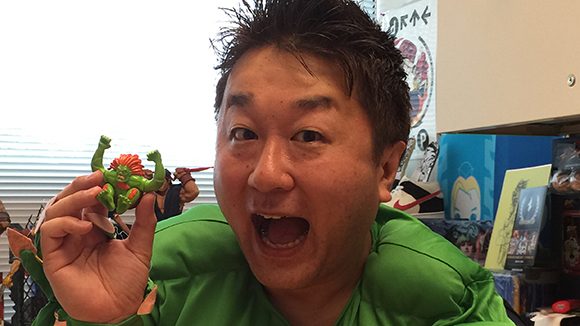 The producer of Street Fighter V Yoshinori Ono has said that the game is ideal for the Intel World Open, which is taking place in the build-up to Tokyo’s Olympic Games next year.

Speaking to GamesIndustry, the developer said that the brawler not only has global appeal, but it’s easily understood compared to other more complex esports titles like MOBAs. The Intel World Open is a pro-gaming event that’s taking place in collaboration with chip maker Intel for both Street Fighter V and Rocket League before the Tokyo 2020 Olympic Games.

“I travel around the world,” Ono says. “Everywhere I go, if I do the fireball hadouken pose, everyone knows how to do it – it’s one of the universal languages of gaming. That’s why I was very happy to work with Intel and the IOC to make sure this is a tournament that truly anyone can enter.”

He continues: “It’s one of those games where it doesn’t matter how deeply into video games you are, or whether or not you’re into them at all; pretty much everyone around the world knows what Street Fighter is and has a basic understanding of it,” he says. “[After 30 years,] there are three generations of players who are playing it now.

“It’s also just a great game to watch. Matches are about two to three minutes maximum in length. It’s quite easy to understand on a basic level what’s happening while you’re watching the game. Even if you don’t yet know the deeper strategies and moves, you’ll always be able to understand two characters on the screen fighting each other and it’s easier to appreciate when someone has won, someone has lost. I think that makes it a perfect match for the spectation side of esports.”