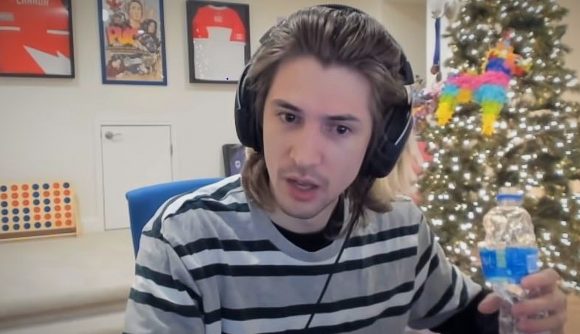 One of Twitch’s biggest streamers, Felix ‘xQc’ Lengyel, has spoken out against misinformation around COVID-19 and has slammed other creators for IRL streaming during the pandemic. The former Overwatch pro made his feelings known to his chat during his February 7 stream, going on a passionate rant for over 15 minutes.

While trying to nail a Minecraft speedrun in front of over 60,000 viewers, 2020’s most watched Twitch streamer voices his frustrations at people “taking risks for everyone else” by spreading misinformation and not following guidelines. While most of his qualms are with COVID deniers, or “selfish” people going about their lives as normal, he also criticises some of his fellow streamers in his current home state of Texas for IRL streaming, despite it being a hotspot for the virus.

“Some of these clips man, the people were being so stupid,” xQc says. “That’s deadly, dude. It’s almost like criminal irresponsibility it’s that fucking stupid.”

He then targets those defending their actions by saying they want to just live their lives, saying that no one is “special” or “unique” in the current situation.

Despite the blanket criticism of IRL streamers, xQc doesn’t mention any specific names to avoid a “witch hunt”.

To the minority of viewers watching at the time who were asking xQc to just focus on gaming and stop being “political”, the Canadian reminded them that with so many impressionable fans in his enormous following, it’s important to try and use your platform for good.

With over 56,000 subscribers at the time of writing and millions of hours of watch time every week, xQc is arguably the most influential streamer on Twitch right now. While his history on the platform and in Overwatch esports is tainted with bans and toxicity, it’s good to see the streamer trying to influence his viewers in a positive way.