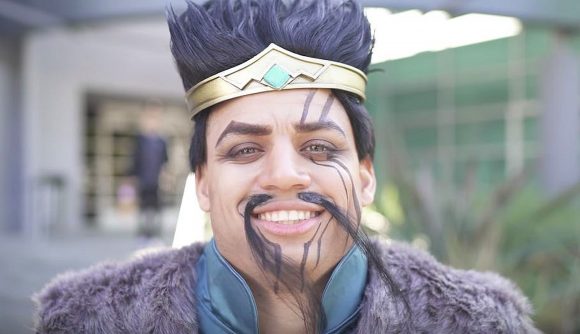 At the start of the latest ranked season of League of Legends, Twitch star Tyler ‘Tyler1’ Steinkamp set himself a mammoth task: switch roles to jungle and grind all the way to Challenger.

And while early efforts to get to grips with life as a jungler may have not gone so well (RIP this headset) Tyler1 has since taken this challenge very seriously. Having been on a lengthy hiatus from both social media and streaming (he was last live on Twitch on April 14), Tyler1’s focus appears to have been solely on battling his way to Challenger.

While fans haven’t been able to watch Tyler1 on his own official channel, the SpectateTyler1 Twitch channel has been plugging the gap, showing the live footage of his ranked matches. Yesterday’s stream saw a peak of 28,000 people pile in to watch that symbolic moment of Tyler1 getting promoted up to Challenger rank, according to Twitch Tracker.

According to Tyler1’s OP.gg profile (which is under the username ‘BUZZLIGHTYEAR99’) he is now officially Challenger rank having played a total of 1,811 games this season, with 947 of them resulting in a victory.

While Olaf has been his most used champion having been picked over 400 times, Tyler1 has been most recently maining Ivern in the latter stages of his Challenger push, boasting a decent win percentage of 54% and a KDA of 4.93. Not bad for a former one-trick Draven main, eh?

Although it hasn’t been confirmed by the streamer, this could now pave the way for Tyler1 to return to Twitch after his absence. Prior to his final stream on April 14, he was seeing audiences of anywhere between 20,000 and 40,000 tuning in every day.