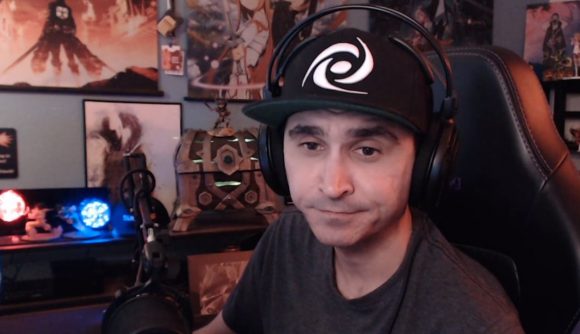 It turns out Jaryd ‘Summit1g’ Lazar really doesn’t like keeping secrets. The streamer, who’s just signed a new exclusivity deal with Twitch, says he feels like a huge weight has been lifted from his shoulders now that the news of the deal is out in the open.

The popular streamer jumped on Twitch for the first time since his deal was announced yesterday and it’s safe to say he looked pretty relaxed. He opened up about the stress he felt having to lie to his audience all the time – especially those who thought he was actually going to move to another platform like Mixer or YouTube.

“It’s so nice to know this is off my shoulders,” Summit1g says in a clip you can watch below. “I can stop feeling like such a lying sack of shit. Before the deal was done it was like, well, I can’t make it seem like I’m only here for Twitch because then obviously your deal goes a little bit more south than you’d like or something.

“Then after the deal is done, it’s like, I don’t want to give it away I’m staying with Twitch because it’s not announced yet but at the same time this fucking viewer is sitting here sad because he thinks I’m going to Mixer, but I can’t really reassure him in the way I want to. It was a really weird situation, you know what I mean? Not a comfortable situation.”

Summit1g is “stoked” that he’s staying on Twitch, though. He says it’s like a home to him and now that everyone knows, he can focus on writing the next chapter of his bright purple streaming career.