Jaryd ‘Summit1g’ Lazar is one of Twitch’s biggest stars and at one point was the most followed streamer on the platform.

The American former Counter-Strike pro is a stalwart of Twitch and has been streaming for eight years. While he began streaming mainly CS:GO content, Summit1g is renowned for playing a variety of titles over the years, often starting massive trends with games he takes a particular liking to, as has been the case with the likes of Sea of Thieves and GTA V RP.

In December 2017, he overtook Tom ‘Syndicate’ Cassell as Twitch’s most followed individual streamer, and then in January 2018 surpassed Riot Games to become the proud owner of the most followed channel on the platform. His reign at the top, however, was short lived. His journey to the peak of Twitch had been boosted by the popularity surrounding PUBG at the time, but when that wave was hijacked by Fortnite, he lost his crown in February 2018 to Tyler ‘Ninja’ Blevins.

Summit1g is currently one of the most followed streamers on Twitch, trailing the likes of Tyler ‘Ninja‘ Blevins, Turner ‘Tfue’ Tenney, and Michael ‘shroud‘ Grzesiek.

While Summit1g did play professional Counter-Strike before making it as a streamer, he didn’t really play at the very top level of the esport. He is – unfortunately for him – best known in the esports scene for his infamous molotov fail when he was playing as a substitute for Splyce at the 2016 DreamHack Open in Dallas. It was recently voted the worst CS:GO play of the decade by CS:GO fans.

The 34-year-old is currently in a relationship with fellow streamer ‘LilChiipmunk.’ He was previously married to Desirae Lazar, but the pair split in the mid-2010s. She continues to be a close friend of Summit1g’s and also works as his manager.

Here, we answer some of the internet’s most asked questions about Summit1g.

What is SUmmit1g’s net worth?

Summit1g has a net worth estimated to be between $2 million and $4 million, but some sources believe it could be much higher. This impressive net worth has been built from a number of different sources, such as Twitch subscribers, ad revenue, and sponsorship deals with gaming brands.

This might have increased recently due to Summit1g’s Twitch exclusivity deal.

How much does Summit1g earn?

With his net worth almost certainly within the millions of dollars, Summit1g can earn some serious money from streaming on Twitch.

Thanks to his dedicated community, Summit1g is consistently one of the most subbed to streamers, and because of this he earns a lot of money directly from Twitch. A recent leak, which included details of how much Twitch revenue top streamers were earning, suggests that between April 2019 and October 2021, Summit1g racked up over $5 million, before tax.

Summit1g has some income coming in from YouTube too, where he posts stream highlights. Although his uploads are quite patchy, they frequently get over 100,000 viewers. The YouTube income tool made by Influencer Marketing Hub estimates he’s earned over $250,000 from the channel.

All of these lucrative sources of revenue make Summit1g one of the top earning streamers on Twitch. 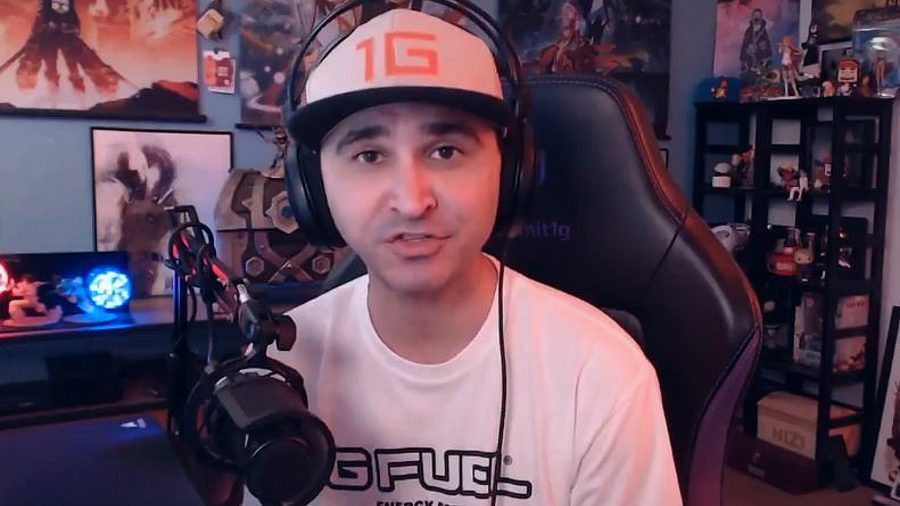 Summit1g has a top spec gaming and production setup for his Twitch streams, including a custom PC that is thought to be worth $10,000. His favourite feature? Apparently it’s that the casing is a hinged door. It’s the little things.

For his other gaming equipment, Summit1g uses a lot of products from his sponsors. His keyboard is a Corsair K70 RGB Mk.2 and his headset is an Audio-Technica ATH-AD700X.

His monitor is one of the most popular with gamers and streamers; the ASUS ROG Swift PG258Q.

In terms of his stream setup, he again turns to Audio-Technica for his microphone, has a Logitech C922 webcam, and sits on a custom Secret Labs chair.

As someone who was playing Counter Strike: Global Offensive at an almost professional level, Summit1g is often expected to play games at a relatively high standard. However, he has been prone to the odd error, both during his professional career and on stream, as is evident from this spectacular Escape from Tarkov fail.

What are Summit1g’s Escape from Tarkov settings?

Escape from Tarkov is currently one of Summit1g’s favourite games to play on stream. He’s been playing for quite a while, even before the game’s boom in popularity at the start of 2020 and many who watch his gameplay want to try and replicate it.

For his visual settings, Summit1g sets his FOV to 75, turns his textures to medium quality and his shadows to low quality. His anti aliasing is set to AFXX and all other visual settings are turned off.

Summit1g recently revealed his Escape from Tarkov keybinds on stream too, which you can see in full from these two clips.

is summit1g on twitch?

Yes, Summit1g streams on Twitch. In May 2020, the streamer signed an exclusivity deal with the platform which will keep him streaming on Twitch for the next few years.

The deal was kept from Summit1g’s followers for a while though, something that made the streamer feel like a “lying sack of shit.” However, Twitch is his home and he’s looking forward to making lots more memories there.

Summit1g’s girlfriend is a fellow streamer who goes by the name of LilChiipmunk. Although there’s nothing official about when they started dating, the pair have been with each other for around two and a half years.

Summit1g recently had to apologise on behalf of his girlfriend for comments she made about streamer Sweet Anita, who suffers with Tourette Syndrome.

Summit1g was previously married before he met Lilchiipmunk. His ex-wife, Desirae, remains a close friend and still works with him as his manager.

What car does Summit1g drive?

Summit1g currently drives a tuned classic Nissan Skyline GTR R32 in black. The streamer is a self-confessed fan of GTRs and previously owned the latest Nissan GTR before deciding to go for the old-school Skyline.

Gets here in a week. Long ass week ahead. pic.twitter.com/3LW5iv5EM9

He bought the car – which is a right-hand drive import that was already modified – from an auction, but didn’t specify how much it set him back. Prices from online car dealers for a classic R32 like Summit1g’s are anywhere between $25,000 and $70,000.