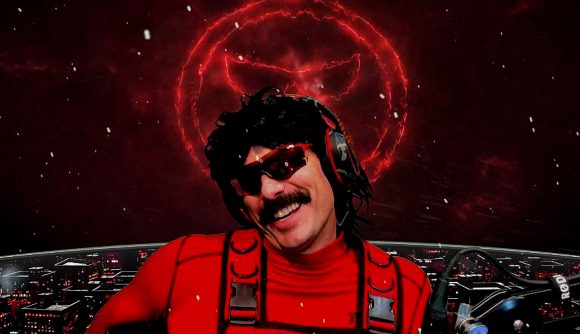 PUBG has had a rough time of it in the last 12 months. Whether it be dissatisfaction within its esports scene, or the fact that despite lots of new content and maps it lost nearly 200,000 players on PC last year, it’s hard to ignore that it’s standing is nowhere near what it was during the hype of its initial launch.

During their January 21 streams of Escape From Tarkov, three of Twitch’s biggest stars, Guy ‘Dr DisRespect’ Beahm, Felix ‘xQc’ Lengyel, and Jaryd ‘Summit1g’ Lazar, have weighed in on the state of the battle royale.

While sat in a queue for a game of Tarkov, the trio’s conversation steered towards the topic of H1Z1, which variety streamer xQc described as “scuffed.” He then likens the state of H1Z1 to PUBG, sending Summit1g and The Doc into chuckles of approval. “It’s just like PUBG,” xQc says. “All these games are kinda doomed. They’re literally doomed. PUBG is such a piece of shit.”

As Dr DisRespect continues to laugh to himself, Summit1g sarcastically says: “That game is not doomed…”

Shortly after, they go on to discuss why they fell out of love with PUBG, which was largely due to it being targeted by stream snipers which xQc says makes it “unplayable.”

While PUBG is still relatively popular on streaming platforms like Twitch, 2019 saw it pushed out of the top ten categories on the site with fellow battle royales Fortnite and Apex Legends being watched by a considerably bigger audience. It seems as if its reputation among Twitch’s biggest streamers hasn’t improved despite the game’s fresh approach at the beginning of 2020.

Earlier this month, PUBG revealed the brand new map Karakin, which aimed to bring PUBG in line with other popular games like Rainbow Six Siege thanks to its smaller size and destructible environments.