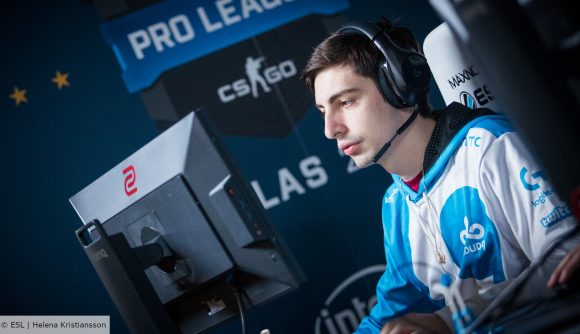 Michael ‘Shroud’ Grzesiek has been all about Valorant recently, streaming the game since his return to Twitch while picking up literally tens of thousands of followers every hour. There’s been rumours Shroud could go pro in the esport, but he’s now dismissed those. He would, however, be willing to fill a gap in anyone’s roster in a pinch.

In a recent stream, Shroud addressed the rumours and made it clear where he stands. “Would you join 100 Thieves if they offered? No,” Shroud says, “Would I join a team as a stand-in if they ever needed me? Sure, I’ll fill in, I don’t care.”

While the news might be disappointing for fans hoping Shroud would return to the pro scene – he previously represented Cloud9 playing Counter-Strike: Global Offensive – it at least offers some clarity, and doesn’t entirely close the door forever. For now though, the only thing Shroud is focusing on is streaming.

Going pro in Valorant does seem like a perfect fit for Shroud. Obviously there’s the fact that he plays it a lot, but it’s also the most similar game out there to CS:GO, and there’s already been some former CS:GO pros crossing over. Nicholas ‘nitr0’ Cannella recently left Team Liquid’s CS:GO team to join 100 Thieves’ Valorant roster.

You can see why teams would want him if he was available too. There’s the star power factor, but more than that, Shroud has one of the best aims going and his deadeye would benefit most teams on the circuit. He’s a popular figure not just in terms of raw ‘numbers of followers’, but also for his down to earth and relaxed attitude while playing.

Of course, Shroud is one of the biggest streamers in the world, currently the third most followed on Twitch and seeing huge crowds following his comeback to the platform. The rumours were loudest after Mixer shut down, with some thinking Shroud could take the opportunity to go pro then. Now that he’s back streaming full time, it shouldn’t be a surprise that he’s happy exactly where he is, especially given as he’s previously explained why he’ll never go pro again.