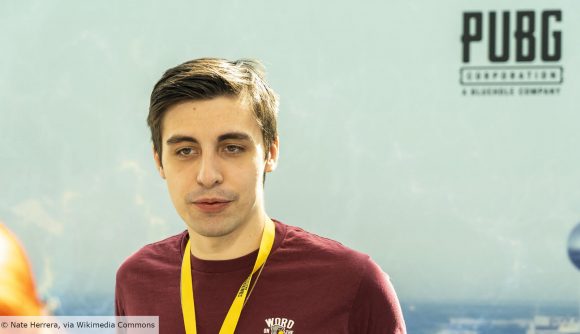 Michael ‘Shroud’ Grzesiak has announced that he will be leaving Twitch to stream exclusively on Microsoft’s rival platform, Mixer.

The Canadian was the second most followed active streamer on Twitch until today, October 24, and follows in the footsteps of Tyler ‘Ninja’ Blevins. Shroud who is renowned for being extremely skilful at first person shooters and battle royale titles, will have his first stream on the new platform tonight. A countdown on his Mixer channel is indicating that it will begin at 17:00 PST (20:00 EST/ 01:00 BST). Today also signals the launch of Call of Duty: Modern Warfare, so it’s likely that this will be the first game he gets his hands on in the Mixer era.

Shroud will be leaving behind just over seven million followers on Twitch. With Mixer poaching both Shroud and Ninja, this now means that two of the top three followed accounts on Twitch no longer actually stream on the platform. This leaves Fortnite streamer Turner ‘Tfue’ Tenney as the undisputed king of the purple platform.

Posting the news on Twitter, Shroud says: “Same Shroud. New home,” alongside a lighthearted announcement video that featured his cat.

Fellow streamers and content creators have reacted with both astonishment and encouragement towards the decision. Ninja has labelled it a “massive move for the platform and the streaming industry.”

Shroud making the move to @WatchMixer is seriously a massive move for the platform and the streaming industry. Excited to watch more of his streams!

Although the content of Shroud’s deal with Mixer hasn’t been disclosed, it is a statement in itself from Microsoft that it is willing to go after some of the remaining big streamers to tempt them away from an already profitable life on Twitch.