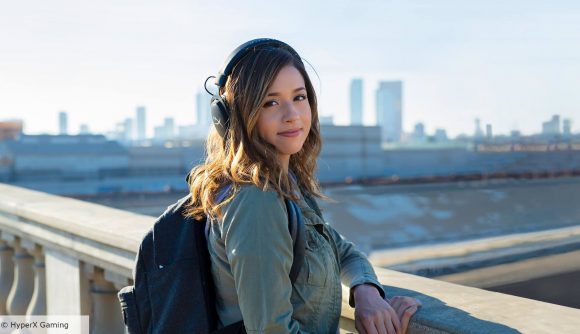 We all know that streamers can pull in the big bucks, but it’s hard to pin down exactly how much they earn. In a recent podcast to dispel rumours about the financial side of streaming, Imane ‘Pokimane’ Anys revealed that she is still waiting for a six-figure sum to be paid into her account from sponsorship deals.

Pokimane, who tops our biggest female streamers chart, has more than 3.5 million followers on Twitch. But on the recent Offline TV podcast with Jeremy ‘Disguised Toast’ Wang, William ‘scarra’ Li, and YouTuber Michael Reeves, the streamer talks about some of the difficulties they face with sponsored content deals.

And although the terms of the deal are agreed beforehand, recovering costs can be pretty tricky. “I have at least a six figure amount that I have not received yet,” Pokimane says on the podcast, which you can watch below.

“It’s not just one thing but like there are things I have not received yet and cumulatively, it’s at least six figures. I’m like ‘Is it coming? I don’t know!'”

Although Pokimane doesn’t reveal where this money is coming from, it turns out that mobile game sponsorships are the most lucrative.

“Mobile games pay like they’re freaking Bill Gates but he’s dying and they have to give away all his money,” she says. “Normal sponsors, let’s say it’s like $5K, mobile games it’s like $20k.”

So next time you see a streamer playing a mobile game on Twitch, Mixer, YouTube Gaming, or Facebook Gaming, they’re probably doing it for the money.