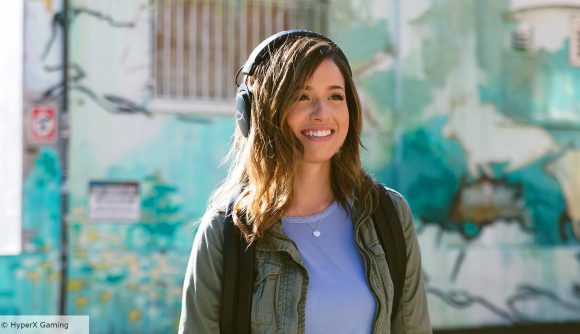 Imane ‘Pokimane’ Anys is the number one female streamer on Twitch, but as we’ve seen in recent months, success on Twitch doesn’t always mean that you’re going to stick around.

Both Tyler ‘Ninja’ Blevins and Michael ‘Shroud’ Grzesiek have at one point been the most followed active streamers on Twitch, yet both have moved to rival platform Mixer this year. During her livestream on October 30, Pokimane left fans wondering if she was going to be following suit after she teased that she had “something to announce” and that she was signing a contract “most likely, soon.”

The streamer, whose channel is the 12th most followed on Twitch with around 3.5 million followers, was admittedly extremely vague about the details of the contract and played down the possibility of it being a contract with Microsoft’s streaming platform after noticing a lot of ‘Mixer’ spam in her chat. “You guys can say ‘Mixer’ as much as you want,” she says to her chat. “You could literally spam that word a million times in my chat, it won’t change what I’m going to say.”

Later in her stream, as speculation continued, she laughed about enjoying the fact her viewers didn’t know what her announcement would be. “As far as you guys know,” she says, “I could be announcing that I’m getting a new cat.”

Losing Pokimane would be another huge blow to Twitch as she is the most popular female personality on the platform in a mainly male-dominated arena.