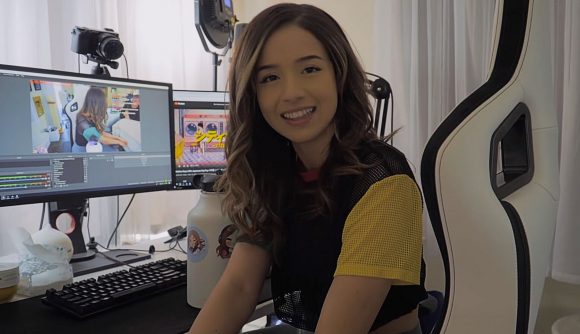 A number of streamers are calling for donations to help support organisations tackle the devastating bush fires that have been sweeping Australia in the last few months.

The fires have been burning down under since September, affecting at least 8.4 million hectares in New South Wales, Victoria, and South Australia, killing at least 24 people in the process.

Imane ‘Pokimane’ Anys is the latest personality to lend her voice to the crisis campaign. The female Twitch streamer shared a series of photographs of the bush fires, depicting firefighters trying to quell the flames, people sheltering from the fire in the sea, and a kangaroo attempting to escape the inferno. Alongside the deeply distressing images, Pokimane asked people to donate to the New South Wales RFS and promised to follow some kind souls back on Twitter if they showed their receipts.

The Twitch star isn’t the one attempting to rally support online. TheClickCrew, comprising of Kathleen ‘Loserfruit’ Belsten, Lannan ‘Lazarbeam’ Eacott, Elliot ‘Muselk’ Watkins, and more, teamed up for a 36-hour stream, which at the time of writing, has raised more than $310,152. The stream was hosted by Benjamin ‘DrLupo’ Lupo and Pokimane, and bolstered by Brett ‘dakotaz’ Hoffman’s $20,000 donation. The proceeds will be split between three organisations dedicated to helping the bush fire crisis.

please donate to help the crisis in Australia ❤️

I’ll follow back a bunch of people who reply with their receipts, no amount is too small! 😊 https://t.co/psmOLVKyqb

The Australian prime minister, Scott Morrison, has warned that some of the fires might rage on for months to come. More than 3,000 reserve troops have since been called up to assist exhausted fire firefighters.

If you’d like to donate directly, the Australian Red Cross Foundation, the Salvation Army, and the NSW Rural Fire Service, are all accepting donations.