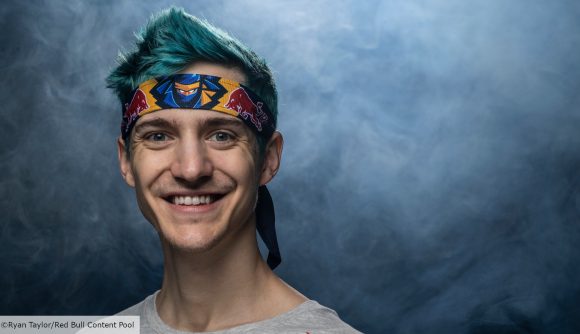 It’s now common knowledge that Tyler ‘Ninja’ Blevins’ fame has transcended the gaming world. Whether it’s appearing on talk shows, creating apparel with Adidas, or appearing in Super Bowl commercials, he is a celebrity in his own right.

He can now tick another huge global event of his list as he continues his journey to mainstream stardom: New York Fashion Week. Working with one of his main sponsors, Red Bull, Ninja took to the runway as part of the kit launch for the 2020 Major League Soccer season and modelled the new strip for the New York Red Bulls.

Ninja hit the runway alongside models wearing the new kits of the other 25 teams in MLS. In a tweet after the event, he says: “To walk a stage during New York fashion week is just another incredible achievement for me, so blessed and happy to support the New York Red Bulls and represent for my Red Bull family.”

As well as appearing on the runway, a billboard of the Fortnite streamer donning the new Red Bulls kit was also displayed in the middle of New York.

To walk a stage during New York fashion week is just another incredible achievement for me, so blessed and happy to support the New York Redbulls and represent for my RedBull family. pic.twitter.com/rAOQL5rlGE

As Ninja’s presence begins to spread into more and more aspects of life outside of gaming and streaming, the way continues to be paved for others in the community to do the same.