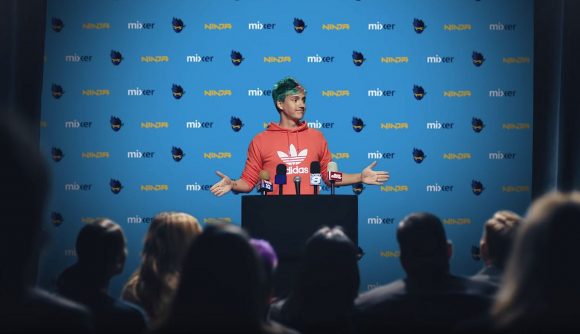 When Mixer managed to tempt Twitch’s biggest and most successful streamer, Tyler ‘Ninja’ Blevins, to its streaming platform, it was pretty obvious that he would be getting a substantial payday.

However, the true worth of Ninja’s contract, and the contracts of other streamers who have either left or renegotiated with Twitch, may have just been revealed. In a report by CNN Business, a number of sources from talent agencies who have professional gamers and streamers on their books gave some insight into just how much streamers are getting paid by the likes of Twitch and Mixer.

Justin Warden, the CEO of agency Ader – who represents the likes of former Overwatch pro Brandon ‘Seagull’ Larned and League of Legends streamer and Team Liquid sub Ashkan ‘TF Blade’ Homayouni – claims that he had knowledge of the Ninja negotiations and believes that the multi-year Mixer deal was worth between $20 million and $30 million.

Other sources in the CNN piece also give a rough scale as to how much a streamer can earn depending on their popularity, claiming that those who can average over 10,000 concurrent viewers every time they go live can expect contracts topping $10 million, while smaller streamers can expect around $1 million.

While these values haven’t been officially verified, the Ninja Mixer deal would significantly bolster Ninja’s net worth, which he has built not only from streaming but also sponsorship deals, YouTube revenue, and merchandise sales.

Despite a flurry of big names leaving Twitch in the last few months of 2019, the start of 2020 has seen very little in terms of platform movement, with 100 Thieves content creator Rachel ‘Valkyrae’ Hofsetter being the only notable name to jump ship after switching to YouTube gaming.