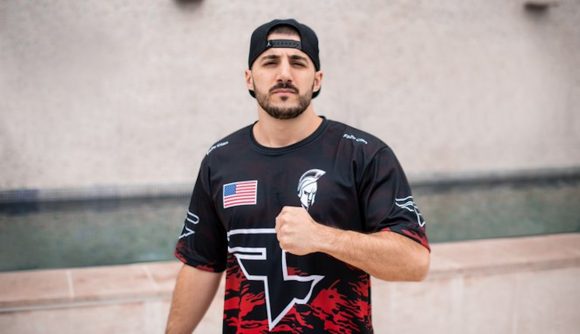 Nick ‘NICKMERCS’ Kolcheff, if you don’t already know, is one of the biggest streamers on Twitch. His reach is huge, with a Twitch following of 3.9 million followers and streams regularly with well over 40,000 viewers. He’s streaming royalty in every way and NICKMERCS has just reached yet another milestone – 60,000 subscribers on Twitch.

Subscribers are a way of supporting creators on Twitch’s platform – for $4.99 you can support your favourite streamer with a Tier One subscription which can give you access to emotes, make your name pop up on screen, and even give you access to Sub Only chats.

Although the maths isn’t exactly 60,000 multiplied by 4.99 to calculate Kolcheffs earning for one month partly because there are three variations of sub tiers costing different amounts, but even half of $299,400 is about $150,000 and an incredible sum of money. His fans are obviously committed to supporting his content and after streaming for ten years, there aren’t going to be many creators that can rival his experience and dedication.

On Twitter, he says: “Started streaming from dad’s basement in 2010. Garage sale chair and grandma’s old kitchen table, 100 viewers and shit. Gears of War. And now we’re here, fuck man, what can I say? W! Thanks for the love and support.”

This success just affirms that NICKMERCS is at the top of his game, even if he isn’t competing in Gears of War anymore. If you want to read everything there is to know about who NICKMERCS is, we’ve got you covered.