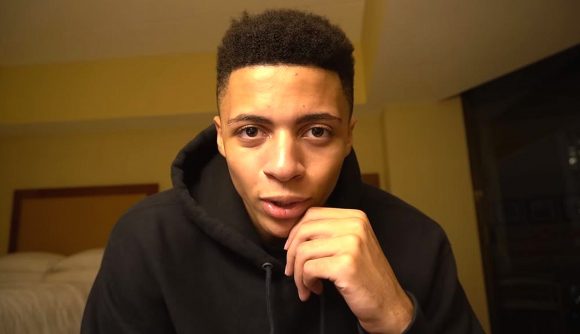 Twitch streamer Ali ‘Myth’ Kabbani’s rise to fame on the platform was thanks to one game and one game only: Fortnite. But in recent weeks, he has been gravitating away from solely being a Fortnite streamer and has been playing the likes of CS:GO and battle royale competitor Apex Legends.

Myth – who is the second most followed active streamer on Twitch behind Turner ‘Tfue’ Tenney – explains why he has been playing less Fortnite in recent times to fellow streamer Matthew ‘Mizkif’ Rinaudo, slating the game’s recent lack of content and the delay of the release of the latest season. In an increasingly delirious rant, Myth says that the game has become “super demotivating” to play and slams Epic Games’ current strategy of “recycling” old content for Season 2 of Chapter 2.

“When you hit a four month dry patch of the game not fucking updating at all, or putting in zero content and not communicating at all, it becomes super draining and super motivating to keep going on and playing that game every single day,” Myth tells Mizkif.

He then becomes wide-eyed and puts his face right up to his camera as he rants about Epic’s approach to “new” content, which he says is just taking old items and giving them stat changes. He does clarify that he still enjoys Fortnite on the whole, but that he’s gone “a little bit crazy” over the lack of original and fresh ideas.

Despite the criticism Fortnite has faced, it has still remained one of Twitch’s biggest games with over 109 million hours watched so far this year.

It’s not just in the content creation department where people have become frustrated with Fortnite. In the competitive scene, pro players have been told that details on events – including the Fortnite World Cup – will be delayed further while Epic attempts to fix “performance issues” within the game and its servers.