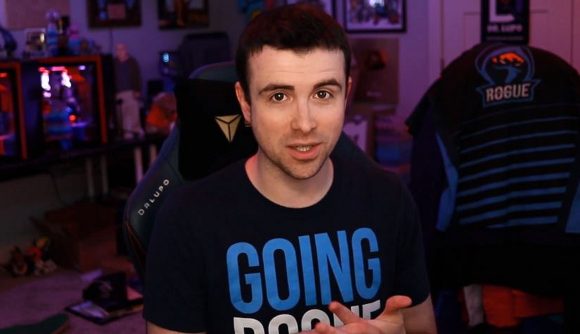 As well as being one of Twitch’s most followed and watched streamers, Ben ‘DrLupo’ Lupo is often considered one of the good guys on the platform. Charitable and kind-hearted, calm and level-headed… That is until you team kill him on Escape from Tarkov.

In what was the first raid of the day during his January 27 stream, DrLupo drops in at Reserve with his two teammates: ‘Ninja with no L’ and Tim ‘Darkness429’ Havlock. After a few minutes of looting, the trio get pinned down in a building. A daring DrLupo runs outside to loot a fallen enemy, but his quickly fired at by another player, forcing him to run back inside. This then results in Darkness429 thinking he’s an enemy player, who says: “Oh, this guy’s just rushed in here.”

Trying to prevent Darkness429 from gunning him down, DrLupo frantically tries to call out that it was him, but it’s too late. Even with DrLupo screaming “It’s me” It’s me!”, the trigger-happy Darkness429 fires a full clip into him.

“It’s me! It’s me!” DrLupo continues to scream once the hail of bullets ends. “I’m screaming that it’s fucking me, Tim! It’s ME!”

While his teammates try to laugh it off, the visibly triggered DrLupo continues to rant in complete disbelief. “Oh my fucking god, Tim… I was saying ‘it’s me’ for so long…”

“I couldn’t hear you through the bullets,” Darkness429 replies innocently.

Escape from Tarkov has provided some hilarious clips of streamers getting team killed, but to see the usually chilled out DrLupo get this tilted shows you just how frustrating it can be.

Escape from Tarkov has consistently been one of the most popular games on Twitch in terms of viewership since the Twitch Drops campaign that ran over the New Year. It was even the number one game on the platform for a period in early January.