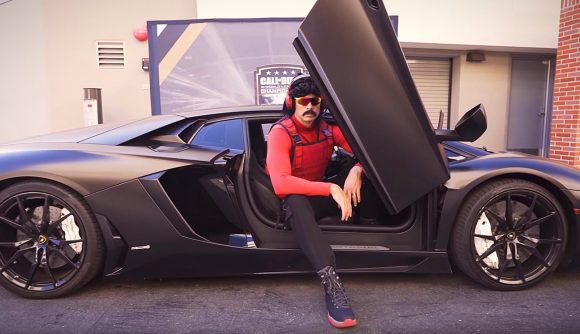 Everyone’s favourite moustached streamer Guy ‘Dr DisRespect’ Beahm has given his verdict on the Cybertruck, the bizarre-looking new electric vehicle from Tesla.

The Doc was asked his views on the Cybertruck during his November 26 livestream of Call of Duty: Modern Warfare and labelled it “atrocious.” He says that all the Cybertuck does is convince him to buy a powerful Ford Raptor pickup truck instead. However, he says there is one condition that would make see him place an order for a Cybertruck: if Tesla’s owner, meme-lord billionaire Elon Musk, would “hand deliver” one to him.

“I would never get that Tesla truck… Never,” Dr DisRespect tells his viewers. “If anything, that Tesla truck convinces me to buy a Ford Raptor; 550 horespower, raised up, big tyres, all black on black, right. If anything, it would convince me to buy one of those. That thing is atrocious. Unless Elon Musk shows up and hand delivers one to me, the Two-Time.”

The Cybertruck has split opinion amongst the general population due to its jarring looks and a ropey on-stage demonstration in which its ‘Tesla Armour Glass’ windows were shattered, despite being billed as ‘ultra-strong.’

Nobody *expects* the Cybertruck pic.twitter.com/khhYNFaVKs

According to Musk, 250,000 orders have now been placed for a Cybertruck, but it looks as if the two-time champion isn’t going to join them.

Whether we’ll see the Doc dip into his pockets for either a Raptor or a hand delivered Cybertruck remains to be seen, but surely neither could ever replace his iconic red Lamborghini Diablo.