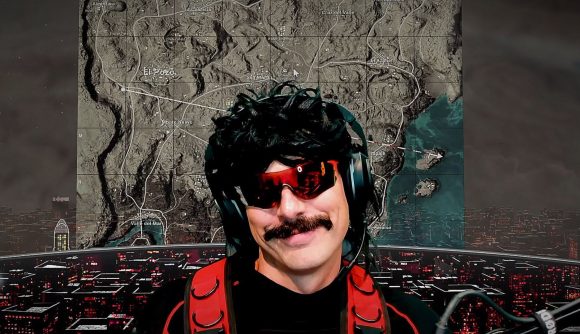 Guy ‘Dr DisRespect’ Beahm isn’t afraid to call out and roast his fellow streamers, but in a rare complementary mood the 2019 Esports Awards Streamer of the Year revealed who he thought was the best streamer of the last 12 months.

When asked the question by a viewer, it didn’t take long for The Doc to give his answer: Jaryd ‘Summit1g’ Lazar. Summit1g, who has over four million followers on Twitch and was the third most-watched streamer of 2019 with 63.6 million hours of content viewed, plays a wide variety of games but is most well known for streaming GTA V content and The Doc was quick to recognise his achievements from the last year.

“For number one, it’s got to be Summit1g for The Two-Time,” Dr DisRespect says. “The reason why? He’s just got a great blend of everything you [want] from a streamer, in terms of energy levels; his gameplay, obviously, is high level; and number three, and I think this is an important one… he popularised a variety of games that weren’t that popular,” citing Sea of Thieves as an example.

There were also special mentions for some streamers that The Doc was struggling to place in second and third spot behind Summit1g. He recognised Turner ‘Tfue’ Tenney for his unique style when it comes to Fortnite content and Tim ‘TimTheTatman’ Betar for putting on “one hell of a show” when he streams.

Felix ‘xQc’ Lengyel was also in contention for his “over the top antics, high energy, and variety of games” that he plays on stream, as was Jack ‘CouRage’ Dunlop for his “fun content.”

So The Two-Time has had his say, but we did some maths to try and calculate our top streamer of 2019 and we got a slightly different answer to The Doc’s.