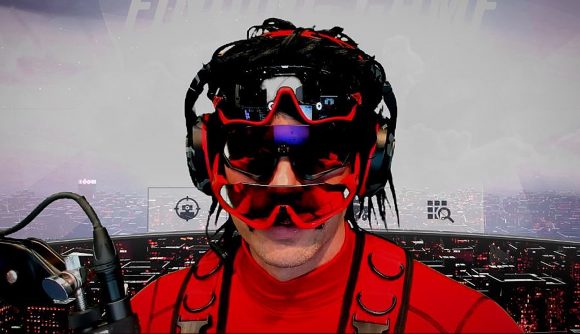 Guy ‘Dr DisRespect’ Beahm is well-practised by now at giving – er, constructive – feedback to his viewers about the games he plays. During his latest push to climb up the ranks in Overwatch while maining McCree, The Two-Time let rip on the game’s AI and heroes, saying you need “eyes everywhere” to be able to focus on everything at once.

Off the back of a frustrating game for The Doc in which he had been eliminated multiple times and been denied a golden opportunity for a Deadeye multikill by Torbjörn turrets, the Twitch streamer decided to vent his frustrations in a rant that saw him blast not only the turrets but some of the other frustrating heroes he’s faced in his time playing Overwatch.

As he enters shot wearing multiple pairs of sunglasses to illustrate his point, Dr DisRespect tells viewers: “In order to play Overwatch, you need one thing. You need eyes everywhere.”

He then goes on to slam the “C++ turrets” placed “in the middle of nowhere” before turning on several champions.

This slight meltdown from The Doc seems to be the result of him struggling to get to grips with the complexity of Overwatch’s hero pool and mechanics.

With Season 21 – which starts tomorrow, March 5 – introducing the new Hero Pools system that will ban four different heroes each week to spice up the meta, maybe Dr DisRespect will find things easier if he has a few less things to “focus” on. Saying that, his beloved McCree is one of the four heroes set to be banned for week one… So maybe not.