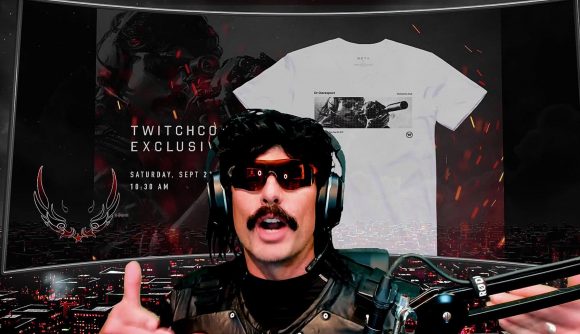 It appears as if Guy ‘Dr DisRespect’ Beahm is extremely excited for the release of Call of Duty: Modern Warfare; so much so that he has suggested on Twitter that he may do something his fans have never seen from him before.

The Doc tweeted on October 18 that he is thinking about the possibility of running a 24 hour livestream, which would be a first for his channel. Despite usually playing battle royales on stream, the Twitch star has been eager to get his hands on Modern Warfare and his expressed his excitement about the game on numerous occasions.

The self-proclaimed ‘two-time champion’ used to work as a level designer for Sledgehammer Games, helping create some memorable maps on the Advanced Warfare CoD title. His enthusiasm for Modern Warfare saw the Doc pick level designing back up and decided to stream himself creating a map for the new game live on stream. He has also proposed running his own cross-platform 2v2 tournament on the game’s new Gunfight mode when it drops, which attracted a lot of attention from well known CoD pros and content creators.

If the Doc is so hyped for the game then it makes sense for it to be the subject of his first ever 24 hour stream.

His current longest stream was in January 2019 and lasted just short of 13 hours, according to Twitch Tracker.

When invited by content creator Shaun ‘Hutch’ Hutchinson to join some of the OMOO (Old Men Of OpTic) crew to play on launch day, the Doc replied in typical fashion, saying he wanted to play with the likes of Seth ‘Scump’ Abner and Matthew ‘FormaL’ Piper in order to win as much as possible.

And lose 67% of the games? Cmon. I’m lacing em up with @FormaL and @OpTic_Scumper and not losing for 24 hours straight Hutch.

Whether or not Dr DisRespect will decide to go through with this idea remains to be seen, however if he does we can expect him to draw in a sizeable crowd, especially if he can actually get the likes of Scump and FormaL to join him.

Modern Warfare releases in exactly a week today on October 25.