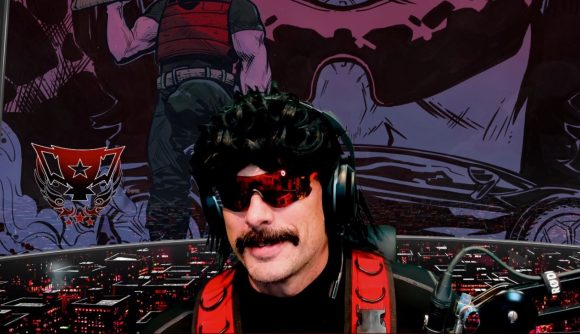 Twitch streamer Guy ‘Dr DisRespect’ Beahm says he is “addicted” to Apex Legends despite raging about the state of the game in a comical clip.

The incident happened during his Apex livestream on September 30, which peaked at over 27,000 viewers. After being knocked down by an enemy player, the Doc begins an explicit rant about the amount of visual effects that were appearing on screen, shouting “I don’t even know what the f*** I’m looking at man. Just look at how many VFX there are on the screen, it’s f****** pathetic man!”

He then proceeds to get up from his chair and start walking away from the game. However, on noticing he is being revived by a teammate, he immediately sits back down and continues to play saying “I’m addicted and it sucks.”

The clip has been viewed over 11,000 times in less than a day and is the latest in a long line of hilarious Doc moments.

The livestream is the last of Season 2 of Apex Legends, with Season 3 dropping today, October 1 at 18:00 BST (13:00 EST). The new season will also bring a new map for the first time in Apex’s history, so be prepared to say goodbye to King’s Canyon.