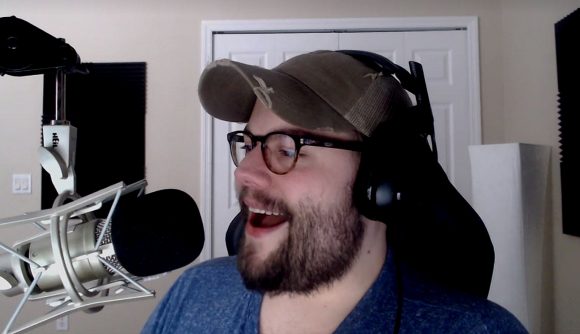 Popular Fortnite streamer Brett ‘Dakotaz’ Hoffman, who broke the mould by gaining a massive following on Twitch without using a facecam, has pledged to start showing his face more frequently to try and “evolve” his channel.

Dakotaz, who is currently the fourth most followed active streamer on Twitch with over 4.2 million followers, made the announcement on his January 7 broadcast along with what is only his second major face reveal on stream. His first, which only lasted about five seconds, came back in 2018 after hitting the sacred milestone of one million Twitch followers. This most recent reveal, however, saw him keep the camera on for the last hour of his broadcast.

But now, Dakotaz says that the facecam is here to stay, despite his massive success without it. While he will remain camera-less while playing Fortnite and streaming actual gameplay, he will turn on the facecam for the end of his streams where he wants to take time to chill and interact with his viewers.

The reveal of his appearance, which his fans have not seen in almost two years, saw an explosion of excitement from his viewers in chat. Dakotaz did admit that he was “nervous” due to not having been on camera in such a long time

Dakotaz then went on to explain to his viewers why he made the decision to introduce the facecam. “I’m trying to evolve my stream constantly,” he says. “It wasn’t getting boring, but I felt like it [the channel] was getting kinda stale. I don’t want to sit comfortably throughout life, I want to push.”

The stream of his latest face reveal peaked at over 11,000 viewers.

Whether this decision will see more people drawn to Dakotaz stream in the future remains to be seen, but if it does then it could see him reel in Tim ‘TimTheTatman’ Betar, who is currently just a few thousand followers in front of him. Could Dakotaz leapfrog him and become the third most followed streamer on Twitch? Time will tell.