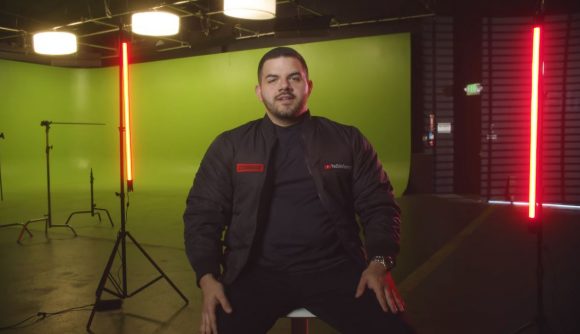 For Jack ‘CouRage’ Dunlop, his move from Twitch to YouTube is a dream come true. The former Call of Duty caster, who first started creating content on the platform from his parent’s basement eight years ago, says he’s glad he’s no longer tied to Twitch’s sub-count button.

The streamer, who is part of 100 Thieves, made the revelation in his first YouTube video since the announcement, where he talks about the factors leading into the decision and what it will mean for his fans.

CouRage is the latest streamer to leave Twitch, and now joins the likes of Tyler ‘Ninja’ Blevins and Michael ‘Shroud’ Grzesiek. Although CouRage has moved to YouTube rather than Mixer, all three hail their switches as the best decision ever.

“This move means one thing, and one thing only, more of me in my everyday life, more of me behind the scenes, more opportunity to travel and meet you guys across the world,” CouRage says in the video, which you can watch below. “There’s no more of the fear of being tied down just for a sub count button.

“I wanted to be a YouTuber before anything when it came to content creation. It started in my parents basement, I had a dream of being a YouTube creator, being someone that can entertain the masses, and to see it now go full circle is surreal to me.

“When you’re always pushing for the sub count [on Twitch], it eats away at your opportunities to do things off-stream because it’s a toxic way to think: ‘If I don’t go live today, then I’m gonna lose this many subs. And this many subs equates to this many dollars.”

The streamer, who says he’ll have a fully set schedule for the first time ever, says the move has led to him having more freedom to travel around the world, and make new and different types of content.

“I had videos going up the whole time [I was in Japan] and while I was gone, for the first time in years, I had full peace of mind knowing that the Courageous was still being entertained by videos every day,” he says.

“This has been arguably the biggest decision of my life and I have full peace of mind that it was the right one.”