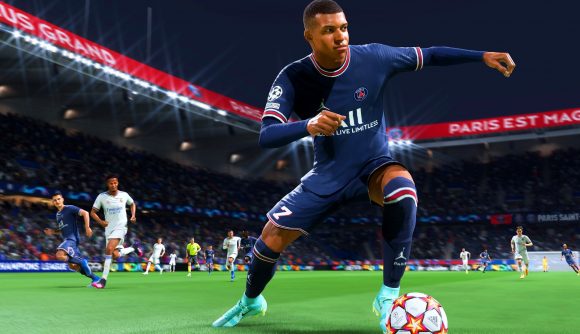 After it was announced last week that the licensing deal between EA and FIFA would be coming to an end, Take-Two CEO Strauss Zelnick has shared his thoughts on the series as the gaming world ponders the questions: will FIFA partner with 2K for its future football games?

Speaking with IGN, Zelnick commented on whether we could see FIFA join the ranks of 2K’s other fully licensed sports series, like WWE, NFL, and PGA. “We’re definitely interested in expanding our opportunities in sports, and FIFA has a great brand and incredible clout, but we have no current plans to discuss,” Zelnick says.

During an earnings call earlier in the week, the studio head commented that he’d taken note of the FIFA licence being up for grabs and that the company “tend to be thoughtful about our business at all times.”

While Zelnick makes clear that FIFA hasn’t slipped off the company’s radar, it will still be quite a wait for football fans if Take-Two does end up making the next FIFA game, as EA is still under contract to make FIFA 23, which will inevitably release later this year.

“We’re excited about building out our sports business and we don’t have much else to say at the moment,” Zelnick says, capping off the earnings call’s FIFA talk.

EA will continue making football games, however, rebranding to EA Sports FC. The first game in the new series will be released in late 2023, if previous release dates are an indication.

2023 could well be the year of the 2K and EA football showdown if it all pans out.