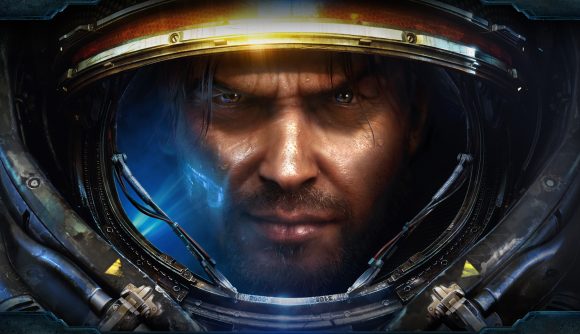 Ever wonder how developers manage to make their esports games spectator-friendly? For Starcraft 2: a frenetic real-time strategy that manages to stay completely readable even while two different alien races throw down in one on one warfare, a lot of it comes from Rob McNaughton, Starcraft 2’s lead technical artist.

While Starcraft 2 is an RTS game, several of the principles of McNaughton’s (and Blizzard’s) work are applicable across the entirety of esports, whether you’re into wizard-fights, tense AWP clutches, or ninja defuses.

“I’m not as heavily into esports as the rest of the team,” McNaughton tells The Loadout, “but I spend a lot of time making sure the art is very tight, the boxes are nice and tight around the models and from the get go, when we were translating Starcraft into Starcraft 2, we were all trying to make it as pixel-perfect as possible.”

While McNaughton spends a lot of time getting the little things right, the most interesting part of the development process is what happens after release. Starcraft 2 wasn’t a game released with skins in mind, never mind battle passes or microtransactions, but now, the game has all three.

Starcraft 2’s look, far away from many of the real-time strategies that were popular before the time, favours clean edges and models you can identify at a moment’s notice. Keeping that, while creating new skins, is the real challenge.

“A lot of times, I’d say we’re not too worried about, say, broadcasting the game on a big screen,” he adds. “With every new skin, we’re focusing on readability and gameplay. So not only do we wanna make the skin look cool, we want to leverage some in-game lore, right?”

“We don’t want to just make a skin out of nowhere. We want to make something that fits within the universe. So there’s a balance there.”

“We think about maybe like four or five different important pillars that we’re holding up like gameplay, readability, how accurate it is or how similar it is to the existing unit. And also is it clutter if you accidentally put different skins together? Does it make it a jumbled mess? We have to actually think of all those things too, so I would say there’s a fair bit of concern in there.

“As an example, I’ll just throw out that when you mass Immortals and stalkers a lot of times in the base skin that that is completely readable. You’ve got a gold guy and a purple guy, you can’t mix them up. But once you start going with skins those two start getting very confusing as they’re all four-legged walkers that become a jumbled mess. So we have to go back and dial back and say okay, now the Stalkers are always a little darker, and Immortals are always a little bolder, a little brighter. So it is an interesting balance.”

Recently, the team has been working on war chest units for the games ten year anniversary, which happened earlier this month, and there are some surprises.

“One of my favourite things is you’ll notice that the SCV got a beer can, which seems odd – why does the guy have a beer can? Well that’s just the kind of stunt that we do pull as the art staff on the game, to make things more interesting,” he says. “We’re not about to make an entire new race, but are definitely making new skins that are interesting and rewarding for fans.”