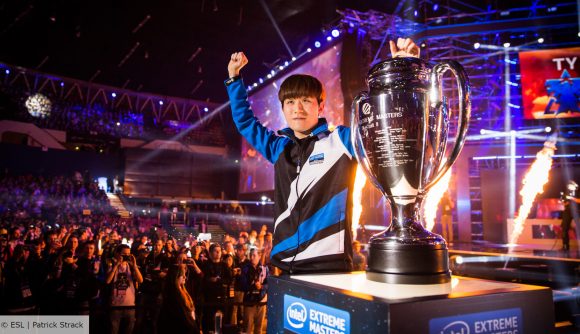 StarCraft II and Warcraft III: Reforged will get ESL Pro Tour formats after ESL and DreamHack signed a three-year deal with Blizzard Entertainment.

Blizzard will put up a prize pool of $1.8 million for StarCraft II’s first season and $200,000 for Warcraft III: Reforged, and tournaments will be played on at least four different continents, allowing fans from all around the world to experience the magic of a live esports event. The global finals will also be moved from BlizzCon to the Intel Extreme Masters event in Katowice, Poland in 2021.

“We are so proud that StarCraft II and Warcraft III are home to two of the most passionate, storied and devoted communities in esports history,” J. Allen Brack, the president of Blizzard Entertainment, says in the press release. “Both ESL and DreamHack have been long-standing partners for our esports, and we want to give our players, talent, content creators and fans the stability inherent in a long-term relationship, keeping these communities thriving for years to come.”

The qualifying format for the ESL Pro Tour for StarCraft II is loosely based on Blizzard’s existing World Championship series, so the first season will comprise of seven tournaments overall. This will include IEM Katowice 2020 and 2021 to allow players to work their way to the top. Two IEM competitions and four DreamHack tournaments will be played before the Masters Championship, which will be played at IEM Katowice 2021.

Introducing the #ESLProTour for StarCraft II and Warcraft III: Reforged. Together with @Blizzard_Ent and @DreamHack, we’re creating a new path for players of all levels to achieve greatness.

Warcraft III: Reforged will have one ESL competition and three DreamHack tournaments, with the season coming to an end with a championship tournament at the end of the year. Amateurs and aspiring professionals can also go head to head in weekly ESL Open Cups.

The decision to extend the ESL Pro Tour format to other esports titles comes after its successful integration with Counter-Strike: Global Offensive. ESL says it creates a simplified path to glory for aspiring professional players.