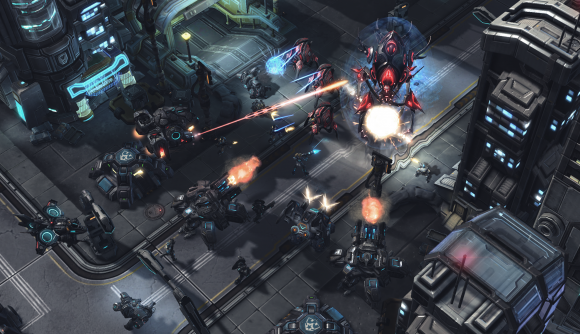 Baek ‘Dear’ Dong Jun has retired from competing in professional Starcraft 2 following his conscription into military service. In Dear’s native South Korea, military service requires male citizens between the ages of 18 and 28 to perform compulsory military service. Dear is currently 26 and has decided to begin his service in October.

Military conscription in South Korea does not necessarily mean front line service. Though for many people it will include work in the armed forces, it also covers work in community programs, low level government work, and public transport, which is determined based on a variety of tests and skills of the person in question. Women are not conscripted but are able to join.

We don’t yet know which branch Dear has been conscripted into, and therefore do not know how long his service will last. South Korea has the longest mandatory military service of any country, and ranges from one year to three years, depending on the type of service.

In a statement on Twitter, Dear says “I wanted to give one last shot at a title in one of the premier tournaments before doing so. Although it’s disappointing that I wasn’t able to accomplish it, I am glad that I got the opportunity to meet many pro players, staff members, and fans,” adding “The experience that I had with all of the mentioned above will remain as valuable memories to me.”

Dear is a Protoss player in Starcraft 2, and is currently 12th in the ESL Pro Tour 2020/21 Korea rankings. Fellow Starcraft 2 players Eo ‘soO’ Yun-su and Kim ‘Impact’ Joon Hyuk will also be stepping away to complete their military service at the same time.

My retirement of statement

There are occasionally exceptions to the rule, but these are few and far between. Rapper MC Mong once pulled out his own teeth to avoid conscription, but was instead sentenced to six months in jail for draft evasion.

In 2002, the South Korean national football team was granted exemptions following their World Cup success (they reached the semi finals), but athlete exemptions are incredibly rare and do not extend to esports. The most recent exemption was Spurs winger and Asian footballer of the year Son Heung Min, who was offered a reduced service following his role in the Asia Games gold medal win for South Korea.

We don’t know what the future will hold for Dear following completion of his military service, but for now many fans and fellow pros have wished him luck for the next chapter.