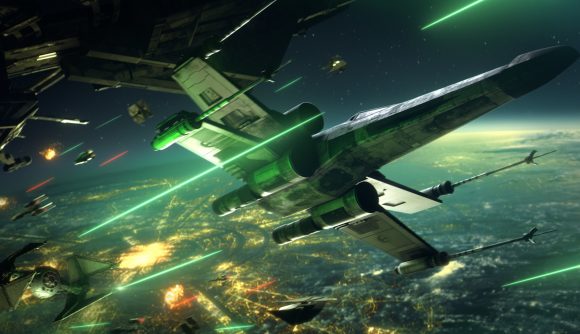 Get ready to watch the best pilots in the galaxy battle against each other in Star Wars: Squadrons. The first two tournaments for EA’s dogfighting game have been announced ahead of its release on October 2.

As spotted by Dot Esports, Operation Ace is Operation Ace is the name of the first Star Wars: Squadrons tournament, set to take place on October 10. This tournament is bringing together five Star Wars content creators to battle it out for the crown of best pilot. Star Wars fans may be able to recognise some of the channels participating in the tournament, including Azzatru, BattlefrontUpdates, Bombastic, EckhartsLadder, and Star Wars Explained.

The Calrissian Cup aims to bring together different Discord servers to “showcase the most elite squads in a high stakes competition.” Unlike Operation Ace, The Calrissian Cup is open to teams with established squadrons and people looking to start a squad. A number of popular Discord groups have put their names down for the tournament, including the Star Wars: Squadrons and Legions servers.

The registration form isn’t available right now for the Calrissian Cup, but keep an eye out on the website as the option will be available soon. The Calrissian Cup begins on December 10 and will feature an appearance from none other than the original Lando Calrissian, Billy Dee Williams.

10 days until liftoff, pilots. Are you ready? pic.twitter.com/bdAbEPjXpj

With Star Wars: Squadron’s release date over a week away, to see fans already organising competitive events is pretty amazing. If interest in Squadrons is high, perhaps EA will even push the game’s competitive scene itself.