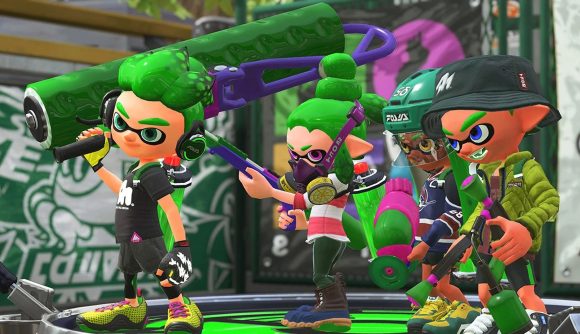 Splatoon 2’s competitive community put on a show last night (November 6), following the abrupt cancellation of Nintendo’s Splatoon 2 NA Open livestream. Hosted by EndGameTV, The Squid House grassroots invitational saw the region’s top four teams duke it out for a whopping $25,000, drawing in over 7,000 viewers at its peak.

The invitational was organised overnight after Nintendo suddenly cancelled the NA Open livestream, with the company citing “unexpected executional challenges.” With an opening prize pool of $1,000 – the initial amount donated by Smash pro Vish ‘Vish’ Rajkumar – viewers flocked to support the tournament, donating throughout the event to top up the pool. Vish is also said to have paid out $25 dollars “per player on each team with a Smash-related name.”

Some of the community believe that the “challenges” cited in the cancellation post were a cover for the fact that a number of teams set to compete in the tournament had entered with names supporting the Super Smash Bros. Melee scene. Nintendo has not commented on these reports, though.

Back in November, Nintendo sent a cease and desist letter to The Big House: one of the biggest Opens in the Smash scene, over the use of Slippi – a mod which enables online matchmaking in the Gamecube title – after the organisers refused to cancel the event. The move has evidently sparked considerable backlash not only from the Smash community, but now also the Splatoon community with players motioning in solidarity with their sister title.

WE WON #TheSplatHouse AND WE'RE THE 6 TIME CONSECUTIVE NA CHAMPS!

Thank you to everyone that supported this event! We stand with the smash community with #FreeMelee #SaveSmash and we hope we can make a difference! pic.twitter.com/y1MrI3otsf

The eventual winner of The Squid House invitational was none other than FTWin, with the powerhouse squad securing its sixth consecutive NA Open victory.