After I’d played through the 20-minute Sifu demo a few times, I thought I’d seen everything I needed to see. But before I was done with it, I decided to try to complete the entire thing without dying once. Up until that point, I thought Sifu was fun and punchy, but not spectacular. However, as one attempt turned into 15, I couldn’t stop playing and discovered that, just like kung fu, Sifu isn’t about trying things once and giving up – it is about mastering all it has to offer.

Sifu draws from Sloclap’s previous game Absolver (and a number of others from various genres) but it is effectively a roguelike, forcing you to progress through dungeon-like levels, taking on opponent after opponent until you defeat the boss, or kung fu master in this case. And that honed core of the game means that it is most engaging when you tailor your experience around achieving that goal.

As mentioned, my first playthrough, which was a straight run, was fun, but once I began setting challenges for myself and creating my own rulebook, I found myself becoming increasingly addicted to Sifu. Before I knew it, four hours had passed and I had still not been able to get through the 20 minute chunk of the game flawlessly.

If I didn’t have to go to sleep to get up for work the next day, I probably would have kept playing, slowly disarming my enemies one by one and perfecting my martial arts skills in the process, chasing that perfect run. 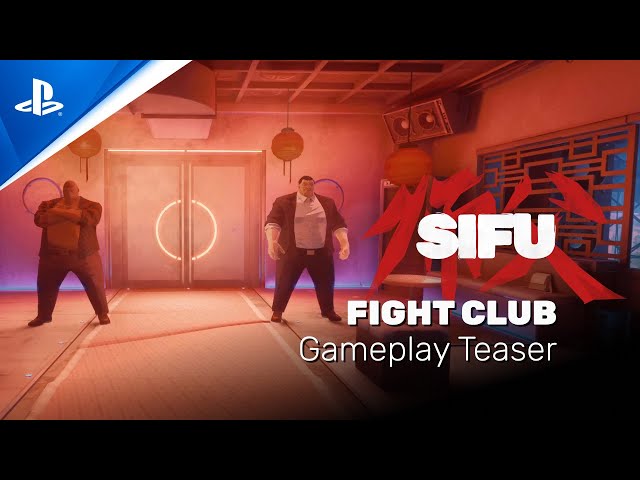 This goal of mastering the game was evident early on in the level I played. After defeating the first few enemies at the entrance to the a club, I was presented with a large nightclub dance floor. About a dozen people surround you at all times, and initially I was overwhelmed and couldn’t quite figure out how to manage everyone effectively, stumbling into attacks and hitting walls as I darted around.

However, by run five or six, I knew that I’d be met by three enemies initially as I opened the door to this dancefloor, so I started formulating a plan. I kicked a stool to knock the sole enemy on the left over, before knocking the two on the right out with a bat I picked up from the previous room.

I then quickly shifted over to the right side of the room, lobbing a bottle at the closest enemy, before kicking another stool and raining blows down on whoever was left. With effective dodges, some well-timed uses of bottles and weapons, and spatial awareness, I nailed this sequence over and over again, giving me the satisfaction of mastering the level and my newfound abilities. 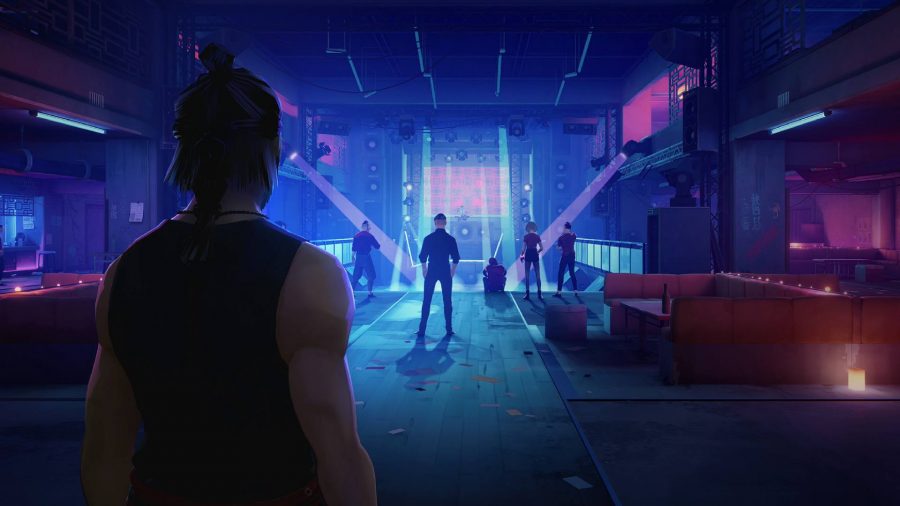 That satisfaction oozes from every part of Sifu’s gameplay, and while it has some problems – namely a camera which doesn’t always give you the best view – the loop you find yourself in is intoxicating. It’s so infectious, in fact, that just writing about it is making me want to go back and play that one level again and lose another four hours trying to clear it without dying.

That is where Sifu is special. It wraps the Souls-like and roguelike experience of learning attack patterns and formulating strategies in a stylistic, smooth, and sleek kung fu setting. The whole experience benefits from that loop, but each encounter is also just as gratifying as you learn and use the knowledge you have gained to give you an edge next time.

Sifu has a lot of places it can shine when it releases in February. While I didn’t get to see much of the narrative, the gameplay alone has me hooked.

There are skills to buy, an aging mechanic, and plenty of action, but after my six or so hours with Sifu, the mastery of learning it was what grabbed my attention. I just wish it was here already, because I’m dying to get back into it and hone my skills even more.