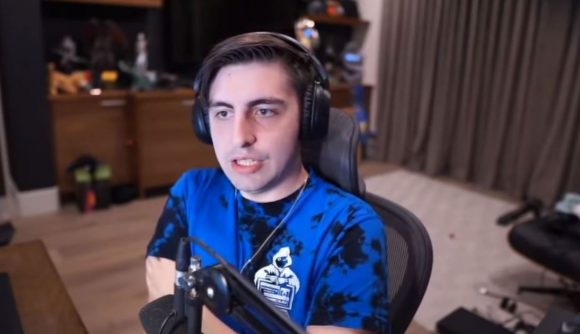 Five days after his last cryptic post, Michael ‘Shroud’ Grzesiek has uploaded another teaser to his Twitter account. It comes after the previous five weeks of silence from Shroud since Mixer shut down, but seems to raise more questions than it answers.

Much like his previous gif, the footage has an icy blue tone, lasts for around five seconds, and depicts a few clips of Valorant. The gif pans across a knife before turning its attention to a pistol, but aside from the fact both teasers have been built around Valorant, he hasn’t exactly given us a lot to go on.

Speculation falls into one of two camps. Either Shroud is gearing up to reveal his next streaming platform, or he’s about to go pro and join a Valorant team. Considering Shroud previously used going pro in Valorant as an April Fool’s gag, you’d think that would be unlikely, but then stranger things have happened…

Since Mixer’s shutdown, Shroud hasn’t streamed at all, unlike fellow former Mixer alum Ninja, who’s appeared on both YouTube and returned to Twitch for one-off streams since then. Shroud’s departure from Twitch was much more amicable than Ninja’s too, so heading back there feels like a natural step.

The only trace of Shroud these past few weeks has been while appearing in girlfriend Hannah ‘Bnans’ Kennedy’s Valorant streams as a teammate. Meanwhile his YouTube channel has been uploading ‘Best Of’ clips to keep his content ticking over. Curiously, these are only scheduled to go up to August 13, which might be a hint at when we’ll finally get the big reveal.

Rod Breslau has reported that Shroud (and Ninja) are both still negotiating their streaming platforms, but that Twitch remains the preferred platform, “especially for Shroud.” If you’re in a betting mood, put it all on Red – better make that Purple.

just as with Ninja's YouTube stream a few weeks back, today's Twitch stream is all on his own and no deal has yet been made. sources tell me both Ninja and shroud are still negotiating between treaming platforms with Twitch being the preferred choice (especially for shroud)

While the gif itself doesn’t have much information, it looks a lot more like it could be part of a stream intro, especially when paired with Shroud’s previous teaser, so the case for him returning to streaming only grows stronger. His seven million fans would surely be happy to welcome him back to Twitch too.