I have been on a rollercoaster of emotions with Volition’s reboot of Saints Row. Initially, when it was announced last year, I was cautiously optimistic about it. But since then everything that’s been shown has turned me off more and more.

However, after playing four hours of the game, my worries have almost entirely been lifted. Despite the game being set in the rural American southwest landscape of Santo Illeso and not a cityscape like previous games, and none of the beloved characters returning, the game still feels exactly the same as how the series left off in 2015 – in the best possible way.

The shooting is tight and arcadey, the activities are as wacky and wild as you remember, and the chaos that ensues from driving around Santo Illeso feels like it has been lifted right out of Saints Row 3 and 4’s Steelport. But, most of all, the small hallmarks that give Saints Row its identity are still here, even if it isn’t obvious from trailers and gameplay.

This summary is how I came away feeling as my gameplay demo finished. But, initially, as I played through the intro of the game, Saints Row doesn’t give off the best impression, with an opening that feels rather jarring as you are thrust into the action without an introduction to anyone or anything. 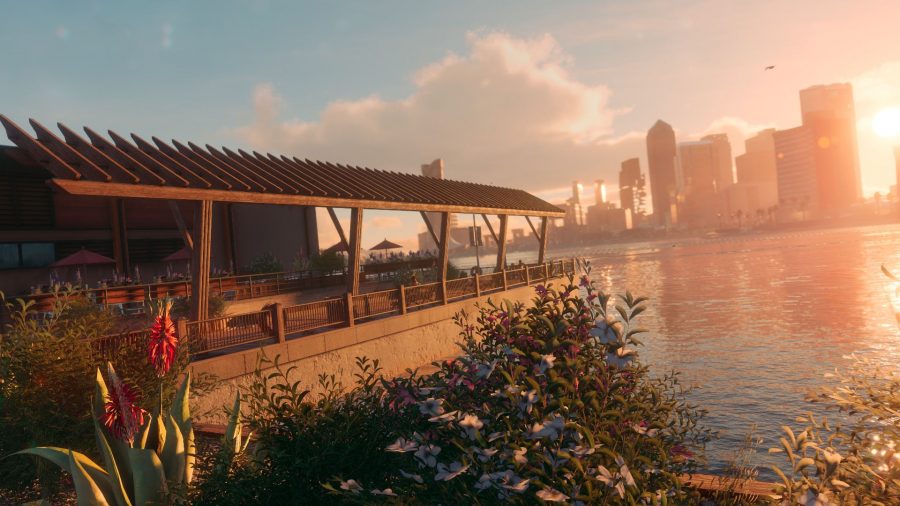 Sure, what you get here is not evolving the open-world genre, so if you are expecting that, you shouldn’t because you won’t see anything you haven’t really seen in other games before. Side quests, collectibles, hidden secrets and easter eggs, stunt jumps, and more – it’s all here and just as delightfully digestible as it was almost a decade ago in Saints Row 4.

Criminal Ventures do try to evolve this formula, but while they stand out from some of the more repetitive activities, they are still fairly cookie-cutter missions with a bit of extra Saints Row bombast thrown in.

When it comes to the open world, I don’t think I need anything more from that. This year we have had Elden Ring, which changed the genre forever, and countless other open-world RPGs emulating what has been done over the last few years. 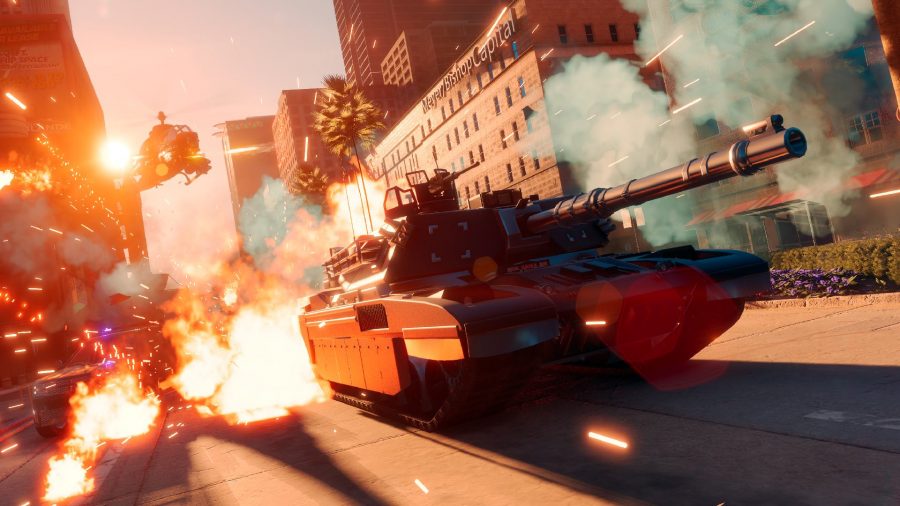 And, thankfully, Saints Row doesn’t try to do either of those things. It is still replicating that same open world that the series was known for in the early 2010s, although nothing here feels outdated, it is all very slick and modern. Santo Illeso is a playground for you to have fun in and a really good one at that.

Resting on top of that open world is a set of controls and systems that have been improved from what we saw in Saints Row 4 and Gat Out of Hell. Progression has been significantly improved with deeper character customisation and more intriguing weapon options, such as a shotgun that reloads by spinning the barrel and the crazier special weapons (which have only been seen in trailers so far). 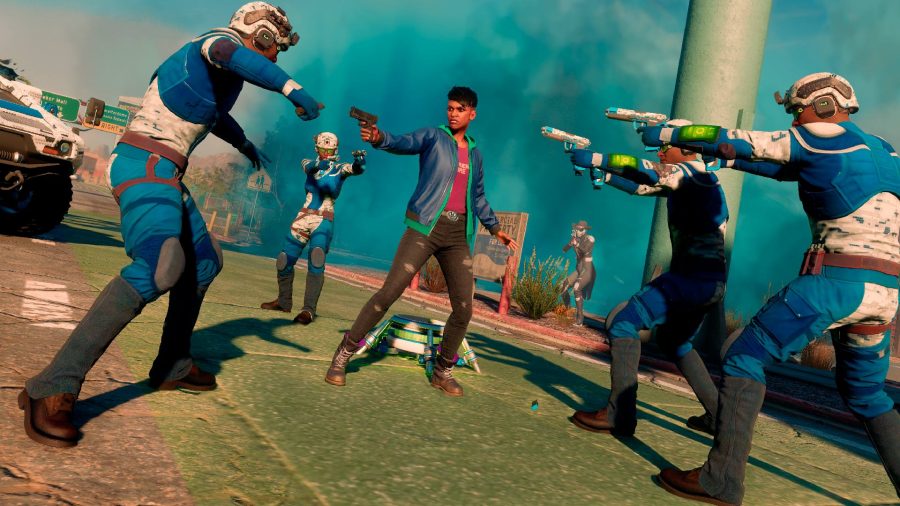 Skills are present, but there isn’t a gigantic tree to worry about. You simply earn them as you level up your Saints rank by completing missions, finishing challenges, earning money for your new crew of Saints, and improving your home base, the Saints HQ church.

There is one skill to unlock as you reach every new level and they range from stuffing a grenade down someone’s pants and throwing them at other people to a crazy attack called Death Blossom, which is like this Spider-Man attack from the Insomniac game but with guns. You flip, bounce, and spring about as bullets shred skin off of enemies.

I didn’t really get a chance to mess around with many of these, but they definitely seem like they might take the mayhem of the Saints Row games’ combat to another level. Speaking of combat, gunplay is snappy and smooth and feels modern but with that Saints Row feel that is impossible to describe. Those of you looking to play the game next month will know what I mean. Headshots make a superbly satisfying clink noise which is always great with a game like this as it gives you that dopamine hit every time you put a bullet between someone’s eyes. 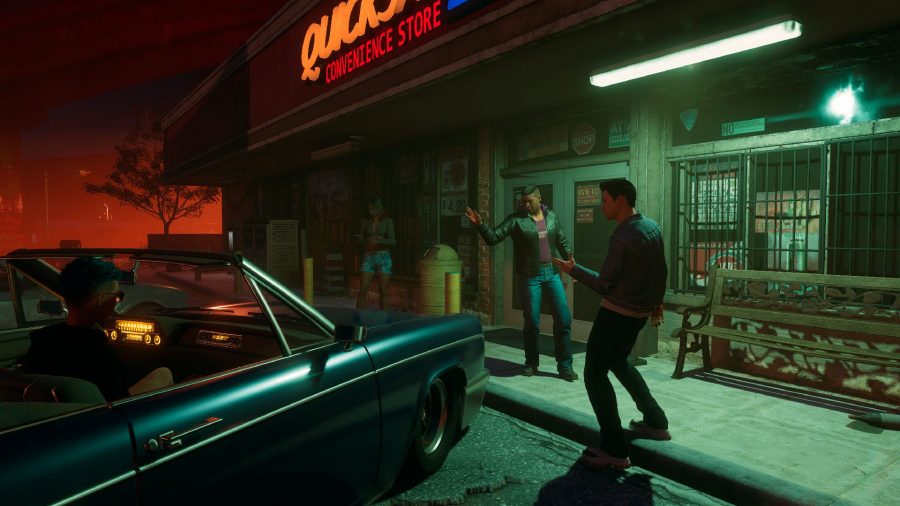 Like combat, driving has also been improved and driving the cars does not feel like you are trying to fight against the game, which is a welcome and needed improvement.

The writing itself retains Saints Row’s humour while taking a more mature approach than we saw in previous iterations. Times have changed and the jokes here are smarter, and some particularly clever ones had me laughing out loud.

This includes a whole gameplay sequence where you are depressed and have to go about your day with no motivation as everything goes wrong, including simple tasks like making breakfast. So, eventually, you just give up and go back to sleep. 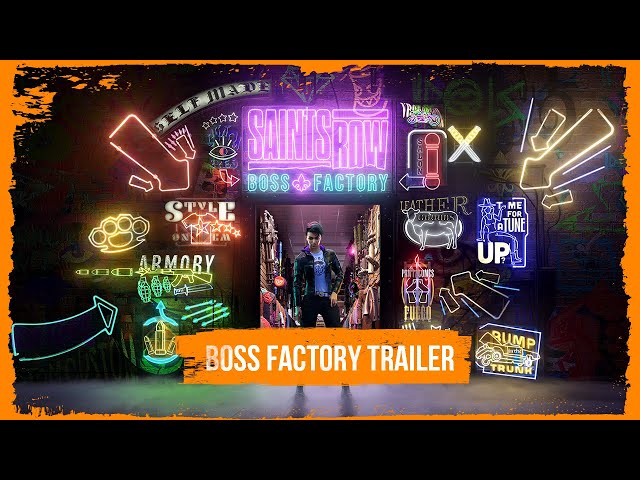 With a month to go before release, everything Saints Row is known for has been amalgamated into the arcade open-world sandbox of this reboot but with a modern coat of paint. This will be a huge relief to any long-time fans of the series who had watched trailers for the game and been confused about the direction of the reboot.

I had a lot of worries about this take on the series. And, while I will miss Steelport’s skyscrapers and sleazy street life, Santo Illeso’s tale about building a new group of Saints from the ground up definitely seems like a worthy playground of mayhem for the future of Saints Row.