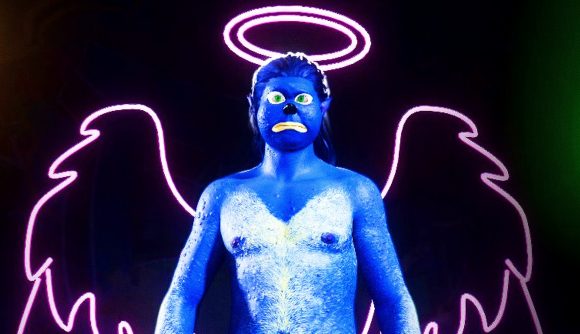 The message behind Volition’s new Saints Row game is that it’s time to be your own boss – and, what better way to live up to that than to create some famous faces with the game’s free-to-play Boss Factory character creator. Right? Well, yeah – we’re not sure about that one. However, players have been using the Saints Row Boss Factory character creator to immortalise celebrities as video game avatars – and the official Saints Row social media account has been sharing some of the best.

From Dwayne ‘The Rock’ Johnson, who has recently been immortalised in Fortnite with his portrayal of The Seven’s Foundation, to the immensely talented Lil Nas X, players have been using the in-depth character creator tool to its’ full extent. We’ve even seen a cursed Sonic the Hedgehog make an appearance – although, we’re not sure if this particular creation was supposed to be cursed.

It’s clear that Saints Row’s Boss Factory sets an inclusivity benchmark, allowing players to create a character without limitations like gender or size, but it’s also proving to be a wonderful creative tool for players looking to recreate a person’s image – as opposed to playing around with the options to create your own.

While we’re sure players didn’t need prompting when it came to recreating celebrities and famous characters using Saints Row’s Boss Factory, the official social media account – over the last two weeks – has actually challenged players to explore the limits of this tool.

Firstly, on June 10, the account asked players to “make a celebrity [they] think is Bossing it”. Unusually, the example they chose was what we assume is Chris Pratt, dressed as Owen Grady from the Jurassic World trilogy.

This week's #BossFactoryChallenge: Make a celebrity you think is Bossing it, tag & share them using the share options in #BossFactory under this tweet – you have until next Thursday! #BeYourOwnBoss

From the above tweet, quite a few excellent examples were shared. As you can see below, Dwayne ‘The Rock’ Johnson, Billie Eilish, Lil Nas X, Will Smith, and a decent attempt at David Tennant have been shared with the Saints Row team – and everyone who follows the account.

First up, we have a classic look for Dwayne ‘The Rock’ Johnson…

And, below, we have Billie Eilish…

@billieeilish I know it’s an older look but it’s one of my favorites.

Our first #BossFactory Challenge winner *drum roll* is…@itsahmedbetch with his stunning @LilNasX Boss!
Keep your eyes peeled for the prize next week 👀

Will Smith, as Agent Jay in Men in Black, also made the cut:

One of the close runner ups from last week's #BossFactory challenge. We'll definitely include this one into our feature gallery next week! https://t.co/660lOG8nBg

Following this, on June 18, players were tasked with a new challenge: “videogame characters”. As you can see below, the team started things off with a cursed Sonic the Hedgehog.

1/2 We made this one pretty obvious, right? Your next #BossFactory challenge is videogame characters!

🎬You can win your very own custom trailer 🎬
Terms: https://t.co/bdFKTDl80T#SaintsRow #BeYourOwnBoss pic.twitter.com/3PdExQRpQt

So far, we’ve seen a fantastic Vaas from Far Cry 3…

"Did I ever tell you what the definition of insanity is?"

And, ‘bambiibutera’ has introduced Saints Row to Lara Croft…

Someone has even tried to recreate Mario in Saints Row’s Boss Factory and… Yeah. It’s what you imagine it to look like.

You may be concerned that the Saints Row reboot seems to lack the charisma of its predecessors, but these Boss Factory creations show that Volition hasn’t let the Saints Row series lose it’s bat-sh*t charm.