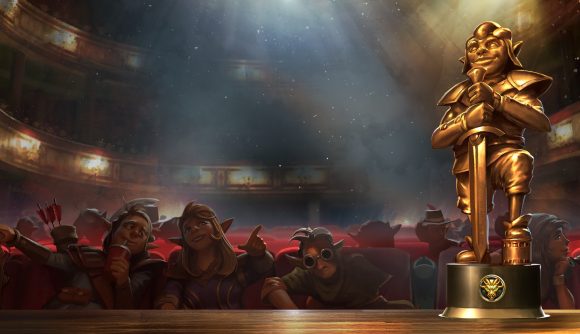 Jagex has now announced the winners of the tenth annual Golden Gnome Awards, a ceremony that aims to highlight the creative talent found within both the RuneScape and Old School RuneScape communities, from content creators to cosplayers.

The Golden Gnome Awards are a customary part of the developer’s annual RuneFest fan festival, though given the ongoing coronavirus pandemic, this year’s fully digital show was produced remotely. RuneFest 2019 was an in-person event themed around RuneScape’s prehistoric Land Out of Time island. It had mini-golf among the dinos and even a giant volcano that would erupt intermittently.

Over 100,000 viewers tuned in across Jagex’s social channels to watch this year’s show, during which a total of 21 Golden Gnome awards were earned by newcomers and familiar faces alike.

🏆 THE WINNERS ARE IN!

Did you miss the 10th Annual #GoldenGnomeAwards ceremony? Never fear – you can catch up on all the action on the official blog.

Last week, RuneScape and Old School RuneScape’s new Premier Club Membership service was launched. It aims to give players “the best value ever” on membership for both games. 2021 is set to be another big year for the MMO classic, not least because it marks RuneScape’s 20th anniversary.