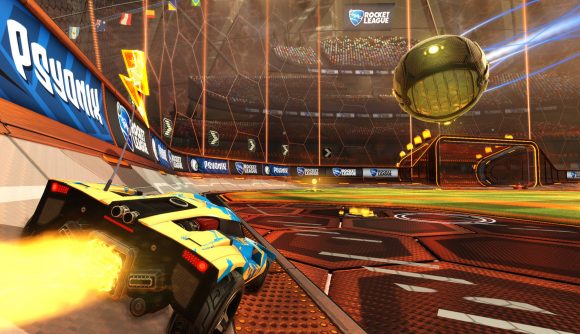 Following the conclusion of the European RLCS League for Season 8, the 12 teams have been decided for the Finals in Madrid next December.

Group A sees reigning champions Team Vitality return to defend their crown after leaving it late to secure their place at Worlds. They’ll be joined as top seeds by the North American Season 8 winners NRG Esports. As top seeds, Vitality and NRG will both start the competition in the semifinals of their group, while the remaining four teams will begin in the quarter-finals. They are eUnited, Lowkey Esports, Veloce Esports, and Renegades.

In Group B, the two top seeds are European Season 8 winners Team Reciprocity and Pittsburgh Knights. The four lower seeded teams are Spacestation Gaming, Dignitas, Canberra Havoc, and The Three Sins. The group stages for Worlds will begin on December 13 and the tournament will conclude with the Grand Final on December 15.

Team Vitality will be looking to become the first ever back-to-back Worlds champions after their Season 7 triumph. However, as their coach Mike ‘Gregan’ Ellis and young player Kyle ‘Scrub Killa’ Robertson told The Loadout, that won’t be easy.

So proud of the @TeamVitality boys hard work this week!

See you at Worlds 😄#RLCS8 #VForVictory

Vitality will be one of the favourites for the competition alongside NRG, who were dominant in the North American league. The team dropped just nine games throughout the whole competition.

You’ll be able to watch all the action unfold on the Rocket League Twitch channel from December 13.