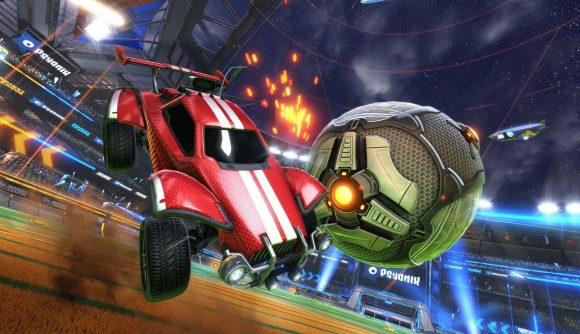 The RLCS returns this October with the RLCS 2021-22 season. Doing away with the numbered seasons, RLCS 2021-22 really looks to shakeup Rocket League esports with new regions, a bigger prize pool, and a return to LAN.

That return to LAN includes the prestigious RLCS World Championship, which will be returning as a fully international event that will crown a global champion. While we’re a long way off finding out where it will take place, we do know when – the Championship will run for a total of ten days, starting July 22 and ending on July 31.

The RLCS Championship will be split into two, with a Wildcard tournament and the 16-team Main Event. Prior to the Championship, eight of the best Rocket League teams will have auto-qualified, but the remaining eight spots will be contested for in the Wildcard stage. Each region in the RLCS will receive a certain number of spots at Wildcard, and only the top eight will earn a place at the Main Event.

With the 2021-22 season boasting the biggest prize pool in RLCS history – a cool $6 million – you can also expect the financial stakes to be much higher at the RLCS Championship too.

During a press event, Murty Shah, Psyonix’s esports manager of operations, reveals that a third of that total prize pool is allocated just to the Championship, so teams are battling for a cut of $2 million.

Psyonix has already confirmed that it’s looking to host this season’s four LAN events in as many of its RLCS regions as possible, with Europe already locked in for the first Major and the developer “definitely” looking at hosting an event in North America.

Wherever the Championship is hosted, it is set to have the highest stakes of any RLCS event in the competition’s history.