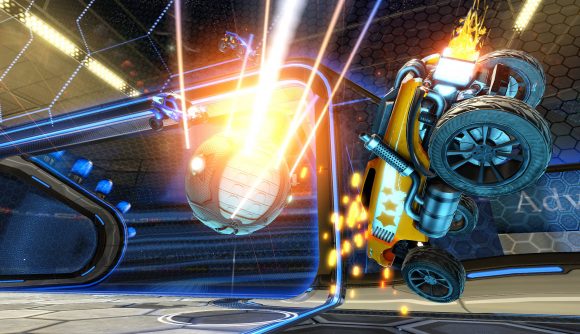 The Rocket League community has called on Psyonix to be more transparent about its esports scene in an open letter, after months of frustration spilled out on Reddit.

Raskull posted the letter to try and catch Psyonix’s attention and highlight the community’s disappointment about the organisation of the esports scene last year and recent decisions. The Redditor points to the addition of the esports shop, which is woefully updated, the acquisition by Epic Games, and the firing of several casters without explanation as key triggers to tension in the scene.

Additionally, they also highlight the lack of investment into the European competitive scene, which is having to rely on non-endemic sponsors to keep itself afloat, and the lack of information about the Intel Olympic event, which has taken precedent over tournaments that would usually be scheduled this year.

The letter, which made it to the top of the Rocket League subreddit, has attracted hundreds of comments calling for action and received a number of Reddit awards from people who clearly resonated with the message.

“We understand your frustrations and we’re not ignoring them,” Psyonix’s community manager Ian Nowakowski says. “The whole team here loved Rocket League and Rocket League Esports and we’re working hard to do right by our fans and community.

“Also, I know it doesn’t always feel this way, but we’re listening, even when we don’t engage directly. The whole team here is constantly evaluation feedback from the community and with that in mind, rest assured that we’ll have more information on many of these topics soon.”

Despite acting quickly, not everyone’s impressed with Psyonix’s response. Some have called it a “cookie cutter” response while others have thanked Nowakowski and co for acknowledging it.

With the new season just around the corner, it’s clear Psyonix and Epic Games need to do better to engage with its fans, especially if it wants the Intel Olympics event to be the catalyst for growth this year.