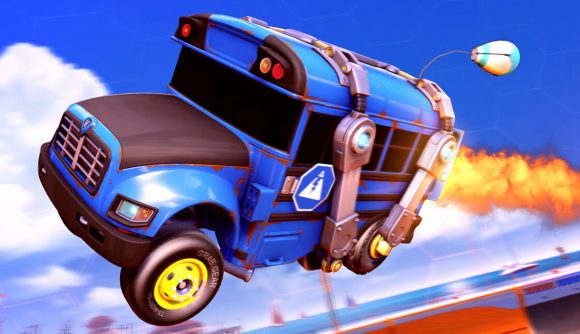 Rocket League’s first in-game event after it goes free-to-play tomorrow will be Llama-Rama, a crossover with Epic Games’ Fortnite. Starting September 26 at 22:00 PDT (06:00 BST on September 27) players can begin working through the challenges to unlock Fortnite-themed accessories.

Unlike previous events, all the items from the Llama-Rama event will be completely free. Each Event Challenge unlocks a different item that can be claimed from the Challenges Menu. Players that complete all the objectives will unlock the latest Rocket League car, the Battle Bus from Fortnite. A Psyonix developer on Reddit has confirmed that the Battle Bus will use the new Merc hitbox that was added to the game last Thursday.

CHALLENGE 3 – TOP OF THE WORLD

The event is set to conclude on October 12, so you’ll need to set plenty of time aside to unlock that sweet Battle Bus. 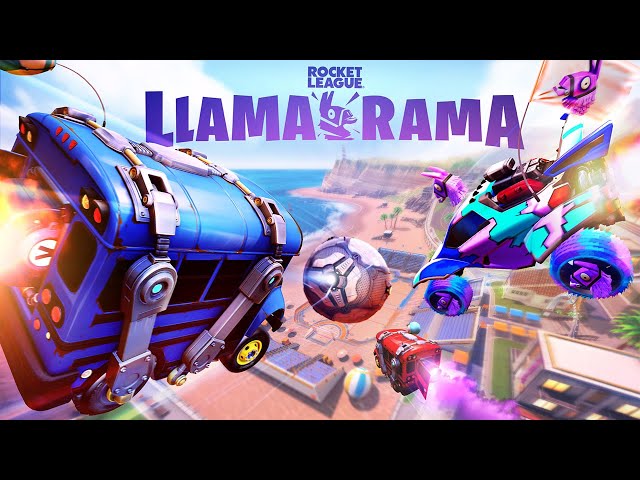 If you’ve only recently started playing Rocket League, you may want to check out our Rocket League best cars guide which goes into extensive detail on each vehicle.