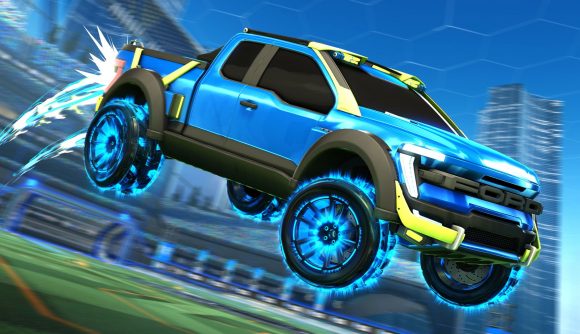 Psyonix has announced the Ford + Rocket League Freestyle Invitational. The collaboration with the iconic car company will see a new body type added to the game, and a brand new spin on Rocket League esports.

The Freestyle Invitational will feature some of the best Rocket League freestylers who will flip, spin, and duke it out to be crowned the best of the best. We expect to see the likes of Brett ‘FLuuMP’ McGranahan displaying their most skillful talents to a panel of judges. The event kicks off on February 24 and concludes on February 28 ahead of the RLCS X North American Major Grand Finals.

More details are still to be announced, but the Freestyle Invitational seems like it will be scored similarly to a gymnastics event, with judges giving scores based on the technical difficulty of tricks and how well the players perform them. This is a far cry from how freestyle Rocket League players are used to competing, but should make for an exciting tournament.

We don’t know whether the Freestyle Invitational will be a permanent fixture on the Rocket League esports calendar, but it will likely depend on the success of this first competition. Whatever happens in the future, February’s tournament is sure to be a spectacle to remember.

You can read the full details of the Ford x Rocket League crossover and the Freestyle Invitational on the Rocket League blog. We’re yet to see whether the Ford body will be one of Rocket League’s best cars, but it certainly looks like it will be a strong option.