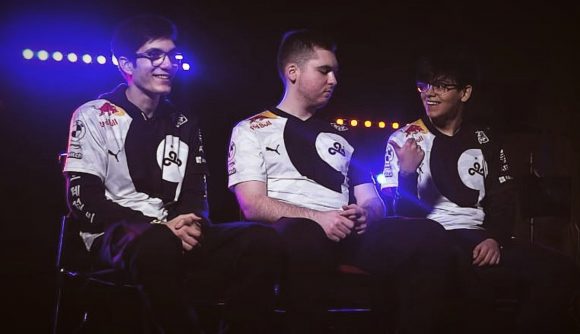 Cloud9 burst immediately onto the Rocket League esports scene when it acquired SquishyMuffinz, Torment, and Gimmick’s team The Muffin Men, with the roster winning its first tournament in Cloud9 colours back in August 2017. Cloud9 went on to become world champions when it won Season 6 of the RLCS.

“I’m so proud of everything C9 Rocket League achieved during their time with us,” says Cloud9’s CEO Jack Etienne in a statement. “They’ve proven themselves on the biggest stage by bringing home the RLCS trophy and I have no doubt that they’ll be pulling off more highlight-reel moves soon. Everyone here will miss them and we thank them for being such an incredible part of Cloud9.”

SquishyMuffinz, who will now join RLCS 8 winners Justin ‘Jstn’ Morales and Garrett ‘GarrettG’ Gordon at NRG, posted an emotional goodbye to the roster that is almost certainly the longest-standing in Rocket League esports. “We accomplished so many amazing things together, so many memories together that I’ll never forget but it had to end eventually. I wish them nothing but the best of luck in the future. I know we’ll have many intense series to come.”

Cloud9 is the latest high-profile organisation to drop out of the competitive Rocket League scene in recent months, with TSM releasing its roster in April and Veloce disbanding its team just last week.