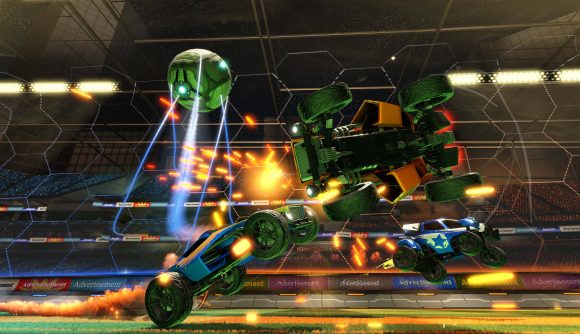 A big update is coming to Rocket League next month, and with it comes the change to crates. To counter complaints over lootboxes and gambling, Psyonix is going to convert crates into blueprints, which show you exactly what item you can build.

Players can obtain revealed blueprints after online games, but the items can only be redeemed if players choose to spend credits on them, according to a new blog. Credits are a new premium currency which will replace keys in the game. Decryptors will be turned into free gifts.

If a player has crates left in their inventory following the update, these will be turned into unrevealed blueprints, which are untradable. However, these blueprints can be revealed for free, which will make them eligible to trade again.

This will, however, have a knock on effect to the trade market in Rocket League. Although keys are being converted into Credits, the market will have to reconsider item worth through the blueprint system, especially given that some items will be untradeable altogether.

Players will be prevented from trading credits for credits, credits for nothing, unrevealed blueprints, items purchased from the item shop, bonus gifts, and esports shop items.