It is, almost to the day, three months since the Formula 1 Australian Grand Prix was cancelled. The beginning of the 2020 season came so close, only to be halted by the global spread of COVID-19. It was an almost symbolic moment which signified that this year in motorsport would be like no other.

Fans were deprived of action, drivers were deprived of competition, and sports broadcasters were deprived of, well, sport, so they all turned elsewhere – to sim racing. No one expected Veloce Esports’ ‘Not The Australian Grand Prix’ to draw in the enormous crowd that it did, or that it would kick-start something of a virtual sport revolution to plug the gap left by the world’s favourite leagues, tournaments, and competitions.

Now though, the world of motorsport is reawakening from its slumber. The 2020 Formula 1 season will finally begin next month in Austria, NASCAR has restarted in the States, and sim racing’s stint as the world’s biggest motorsport is coming to an end.

But if that reign is going to end, why not go out with a real bang. Go out with a statement of what sim racing is capable and possible of doing. Go out with a virtual version of what is widely considered to be the greatest race in the world: The 24 Hours of Le Mans.

This weekend’s Virtual Le Mans will look to make that statement as it sees a star-studded grid of 200 drivers represent 50 teams in what is looking to be the icing on the cake for sim racing’s time in the spotlight. While events like Formula 1’s Virtual Grand Prix hold entertainment as their core value – often throwing celebs and content creators into the mix and chortling with glee at the almost inevitable first corner pile ups and suspicious corner cutting – Virtual Le Mans’ core value is, well, Le Mans.

This race aims to not only draw in the crowds but be a true stand-in for the real thing. A full 24-hour race in both day and night. Dynamic weather. Full race rules. Realistic damage. Long stints for the drivers. It’s not just a watered-down and glammed-up version made to fill a couple of hours of an evening – it’s the real deal.

Alex Brundle, son of former racing driver and now Formula 1 commentator, Martin Brundle, was meant to be blasting around the real Le Mans this weekend for United Autosports. Instead, he’s going virtual. Dozens of other endurance racers are in the same boat, with teams refocusing their engineers and race strategists on their Virtual Le Mans performance instead.

On the grid this weekend Brundle will not only be facing some Le Mans regulars, but also stars from F1, F2, Formula E, and plenty of sim racing’s top competitors. However, he isn’t surprised that the lure of Le Mans has attracted so many big names from across the motorsport spectrum to take part.

“I think Le Mans is just something incredibly special,” Brundle tells The Loadout. “It’s been almost 100 years now where drivers and teams and mechanics and engineers have been going to Le Mans and paying with their efforts, their sweat, their blood, their tears, and even sometimes with their lives to build what the race is today. So the concept that you can come from anywhere in the world, log in, and be part of that legacy is something that I’m not surprised is creating a queue around the block to be a part of.”

Usually we would have to convince the teams why this is a worthwhile thing to do. But now they don’t need any persuading.

Some of the famous faces who made it to the front of that queue include the likes of Lando Norris, Fernando Alonso, Sebastien Buemi, Felipe Massa, Max Verstappen, and so many more. Then you look at the constructors and esports brands who make up the 50 teams competing: Reining Le Mans champions Toyota Gazoo, Team Redline, Veloce Esports, Porsche, Ferrari, Aston Martin – it’s an impressive lineup all round.

To get a grid this packed with big names must have been a gargantuan task for the event’s organiser Motorsport Games, right? Well, according to its president Stephen Hood, it was a lot easier than you might think.

“It’s been very different for us where we, as the platform provider, haven’t had to really go out of our way to persuade these teams and drivers to compete like we have had to in the past,” he explains. “This is being hosted at the same time as the real Le Mans would have been and there’s been a real willingness to participate and carry it on. The teams who would’ve been competing this weekend are putting as much effort into it as the real thing.”

Hood also believes that Virtual Le Mans will be a real spectacle and a display of how much progress the sim racing scene has made since lockdown began across much of the world.

“I think Virtual Le Mans will be a fitting tribute to where racing esports has ended up over the last couple of months, because everything has been accelerated. I think the scene has probably made a few years worth of progress in the last several weeks. It has got to the point where motorsport series will actually come to us, rather than the other way round, to put them into the virtual space. Usually we would have to convince the teams why this is a worthwhile thing to do. But now they don’t need any persuading.”

Even if Virtual Le Mans does deliver the spectacle we’ve been promised and shows off everything great about sim racing, will it actually have a future?

While sim racing isn’t going anywhere anytime soon, there is a very real chance that interest in these virtual events from the drivers and teams could drop away once competitions such as Formula 1 and the real Le Mans are back at their full capacity.

However, Hood is optimistic that the Virtual Le Mans can coexist with the real thing and become a main event on the motorsport calendar. 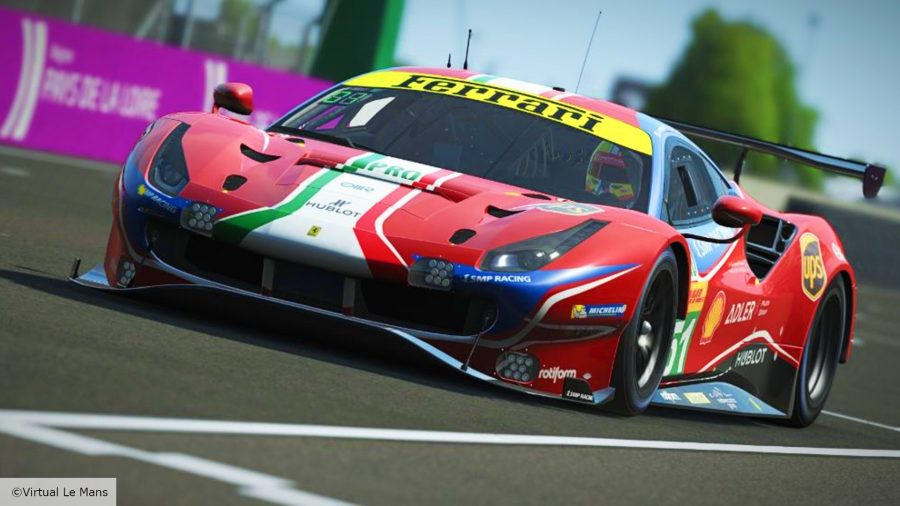 “I do think the Virtual Le Mans will survive and continue post-pandemic,” he says. “I think replacing the real event this month was a ‘needs must’ situation. But I think that after this event the drivers will ask for a similar thing the following year. Now, we don’t want to ever overshadow or replace the real Le Mans because a lot of this weekend’s competitors will be racing in the real thing or would like to, but bringing the drivers together so they can compete from anywhere in the world, in their homes, to fit around their schedule for something like this is really special.

“Most of them have bought sim rigs just for this event, and we want them to get good value for money out of them, so I really hope the Virtual Le Man establishes itself as a part of the motorsport calendar going forwards.”

With optimism in the air and a promise to not only entertain but to provide a full, immersive experience, Virtual Le Mans is on course to be one of the biggest spectacles in not just sim racing, but perhaps the entire esports scene.

This event could well go down as the textbook example of a perfect sim racing event. One that could genuinely put sim racing on the motorsport map beyond the pandemic.

And even if it doesn’t, is there a more perfect ending to this fairy tale period for racing esports than to see a grid full of superstars taking part in the greatest race in the world? Probably not.