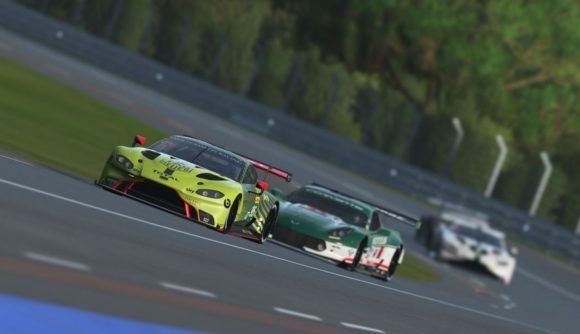 May 26, 2020 A statement issued today has announced that Abt will no longer race for Audi. The racer has been suspended for conflicting with Audi’s top priorities of “integrity, transparency, and consistent compliance with applicable rules”. Although the statement states “suspension”, Abt will not return to Audi in the future.

A Formula E Driver by the name of Daniel Abt has been caught cheating by hiring a gamer to race on his behalf. In the world of lockdown, many sports have been put on hold and have turned to videogames as a way to entertain their fans. In this case, Formula E has been putting on the Race at Home Challenge, a charity event in partnership with UNICEF using the rFactor 2 simulator software to keep motor racing on the go (pun intended).

Daniel Abt, a 27-year old driver successfully finished in third place until the second-place driver, Stoffel Vandoorne got suspicious. French racer Jean-Eric Vergne then requested for Abt to turn on his video in the next race to prove he was the one competing. It wasn’t long until the race organizers found it was a professional racing sim player named Lorenz Horzing who had finished in third on Abt’s behalf.

As a result, Abt has been disqualified and must pay £8,900 to charity as a fine. The BBC reports that later he apologised and comments that he “did not take it as seriously as [he] should have”.

“I am especially sorry about this because I know how much work has gone into this project on the part of the Formula E organisation. I am aware that my offence has a bitter aftertaste but it was never meant with any bad intention.”

The Race at Home Challenge will continue each Saturday until the Grand Final on June 7. You can tune in on Formula E’s YouTube channel.