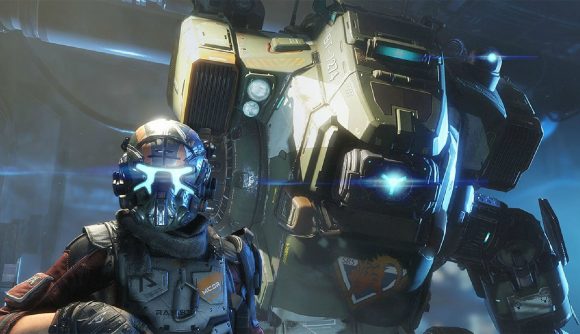 Earlier this week, Respawn‘s community coordinator Jason Garza replied to a community member’s requests for news and updates on the Titanfall franchise. To which, Garza replied with a harsh yet honest statement, saying: “There’s nothing there”.

He follows on by seemingly suggesting the franchise is a relic from the Xbox One and PS4 era, all while sounding deflated (most likely because he has known the answer to this question for a long time). “It’s [Titanfall] an old one, back when Xbox [One] first launched. Don’t get your hopes up, man. I’ve said this before, we just don’t have anything in the works. There’s nothing there. We’ve got too many other games in the works right now.”

Garza’s comments were picked up and reported on by a number of media outlets, bringing widespread disappointment to Titanfall fans that have been clinging on to the hope of a new game.

However, Respawn has now dismissed those reports in a tweet. In a bizarre contradiction of what Garza had said just days ago, Respawn claims: “Contrary to what some folks are reporting, Titanfall is the very core of our DNA. Who knows what the future holds…”

While shifting blame onto the media for accurately reporting the comments of its own employee is maybe a rant we should save for another time, the ambiguity around the future of Titanfall is strange.

What can we infer from Garza’s comments and Respawn’s backtracking? Well, probably that Titanfall 3 or any other game in the franchise just isn’t in development right now. This tweet is loudly telling the community that while the door isn’t sealed on the Titanfall franchise and that it could open once again, it is definitely firmly shut for now.

Contrary to what some folks are reporting, Titanfall is the very core of our DNA.

Who knows what the future holds…

So, while you suffer the long wait for Titanfall 3, what is Respawn working on that you could get excited about in the meantime? Well, Apex Legends is still going strong, despite server issues rocking that community, and the studio is also developing a “brand new IP”, which appears to be in the early stages of development.

Chances are we will also be getting a sequel to Star Wars Jedi: Fallen Order after the game surpassed more than 20 million players earlier this year.

There is a lot you can look forward to from Respawn, but when it comes to Titanfall, the developer is clearly happy leaving fans in limbo about whether you should be excited and optimistic for the future of the franchise.