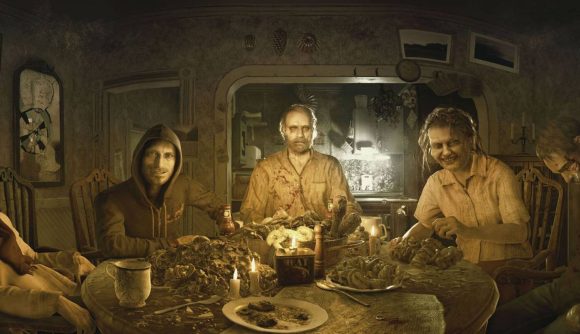 August 19, 2021 Since this article was published, Sony has removed all the demos for Resident Evil 7 from the PlayStation Store, meaning this workaround is no longer possible.

Resident Evil 7 is widely regarded as the game that brought the franchise back from its action-orientated slump. Up until now though, players have had to buy the game if they wanted to play it.

However, a recently discovered PlayStation Store bug means PS4 players are managing to nab the game for free, as long as they have a PlayStation Plus subscription.

Players have found that by downloading the Resident Evil 7: Beginning Hour demo, selecting the ‘buy Resident Evil 7: Biohazard’ option and selecting the third image on the right, then selecting the second option under the ‘choose version’ box, that the game’s price is reduced to zero there and then if you’re going to purchase it. This nifty little trick though might result in some problems later down the line.

Users on ResetEra have discovered that this is actually just a workaround to redeem the game via the PlayStation Plus Collection, which is a benefit exclusive to PS5 owners. Usually you need a PS5 to redeem these games but this workaround skips that step.

In the past Sony has issued bans to people exploiting the free games that are a part of the PlayStation Plus Collection. So, the company may do the same here. Therefore, you should redeem this at your own risk as you might end up having your account banned.

If you don’t fancy taking the risk, PlayStation Plus subscribers can pick-up three multiplayer games with the PS Plus August 2021 games. Our PS Plus September 2021 predictions are looking pretty spicy too.