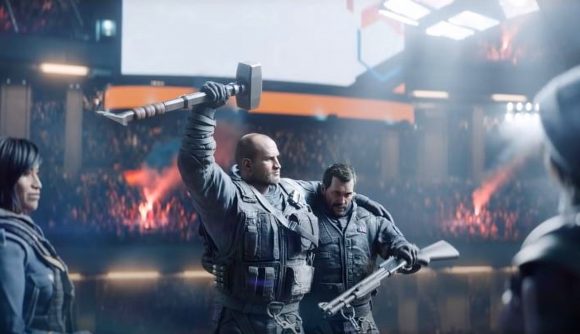 With Rainbow Six Siege esports on the rise, Ubisoft has decided to take the scene to the international stage with an all new Rainbow Six World Cup that will involve 45 different countries.

Similarly to the Overwatch World Cup, the tournament will see well-known pros and the top amatuer Siege players representing their countries, rather than esports organisations. The first Rainbow Six World Cup is slated to take place in Summer 2021, but the location for the tournament is yet to be confirmed.

According to Ubisoft’s announcement, the World Cup will be a 20-team tournament, with 14 of those spots already filled with invited nations which Ubisoft deem to be the biggest for Rainbow Six esports. The other six spots will be earned through five separate regional qualifiers, which will involve a further 31 countries. Of those six qualifier spots, two will be awarded to European teams, and one spot each will be awarded to Latin America, Asia-Pacific 1, Asia-Pacific 2, and Middle East-North Africa.

While there has been general excitement from the community around the event, some pro players have expressed their disappointment around the nations that Ubisoft invited, with the Scandavian nations of Sweden and Finland being the main focus.

Team Vitality’s Swedish player Fabian ‘Fabian’ Hallsten tweeted this sentiment and also criticised a player selection rule that means a maximum of two players from the same professional esports organisation can be on the same national roster.

The world cup is literally set up to screw Sweden over, only 2 players from one org, so we can’ take the 3 EUL players from Chaos also they invite Spain and Italy over us and Finland, can’t remember last time Italy had a player in highest league and Spain haven’t anyone but goga

Players from a number of top organisations will now likely miss out on the World Cup due to the rule, with teams like Ninjas in Pyjamas, Team Empire, or BDS all having single-nation rosters of Brazilian, Russian, and French players respectively.

Despite this, an international Siege competition is an incredibly exciting prospect, and with nations big and small from across the globe getting the opportunity to compete, it’ll likely be a great stage for unsigned players and young prospects to shine.

Nations will begin assembling their committees as soon as next week, and those committees will select the roster for their respective country. Player selection will begin later this fall, according to Ubisoft.